Iadace and welcome to this week’s edition of The Cypher Chronicles. We have so much exciting news this week that I’m worried I’m going to forget something, so I’ll get right into it. With further ado, here is all of this week’s cypherific news! 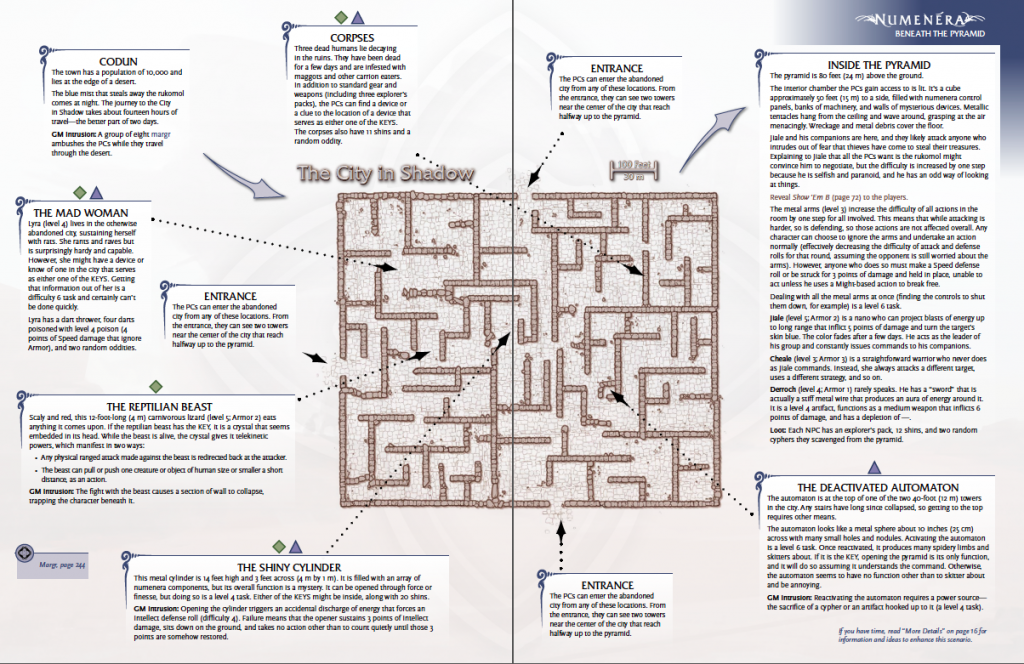 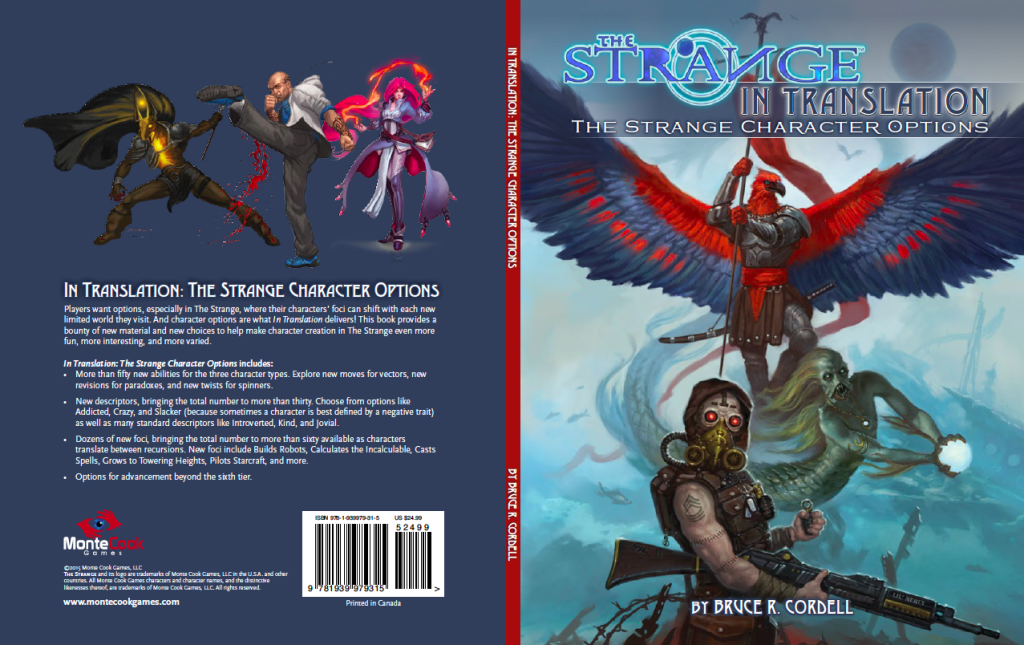 As I mentioned earlier, we’re hard at work on the Cypher System Rulebook, and we’re doing some cool and unique things with the layout. Here are two pieces from Matthew Stawicki (click them to embiggen) to give you an idea of the variety of the art, the genres, and the plan for layout. The first depicts a super-wide image of a medieval battle. The second, a half-page scene in a space bar. More details and art to come, as we keep moving forward on this giant book! 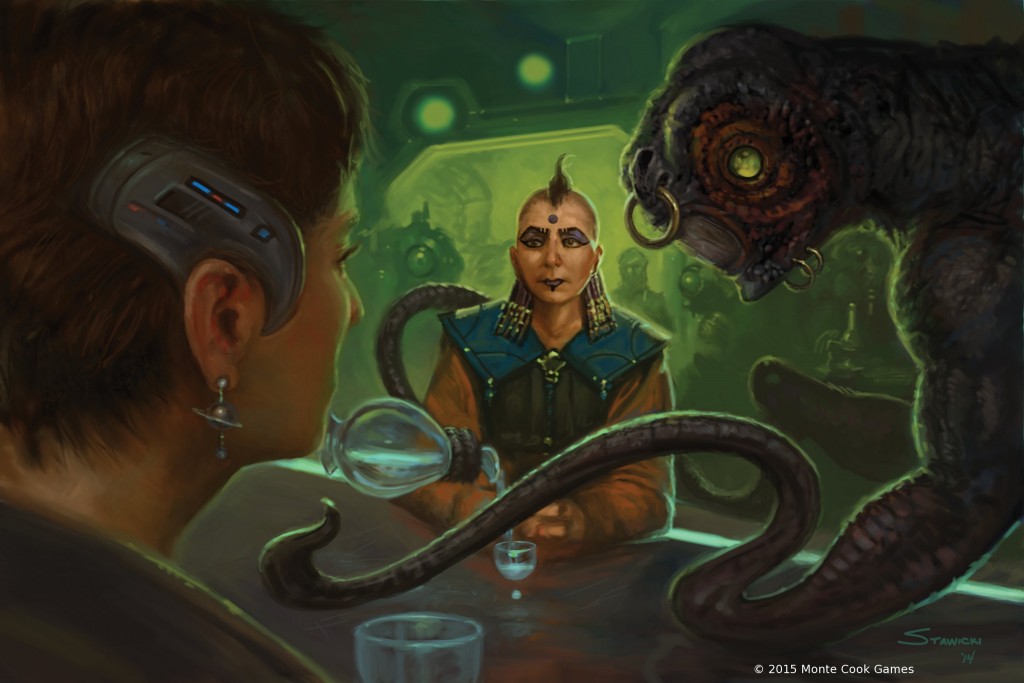