A magic-filled missive from Monte Cook Games! An excerpt and art preview from We Are All Mad Here, details from the datasphere, spell resources for the savviest vislae, upcoming stream announcements, and recommendations for games and inspiration from us geeks at home.

Magic comes in many forms. It suffuses the world of Invisible Sun, taking myriad shapes as spells, cantrips, long-form magic, and much more. While spell cards can be collated from supplements like The Nightside and Book M to join your Black Cube spells, we found in play that it’s handy to have a reference for all of the secrets, minor magical practices, and long-form magical practices that come in these books. And so, we just released The Van Hauten Collection: Magical Praxis as a comprehensive reference for vislae looking for these non-spell-card magical workings and utterances. 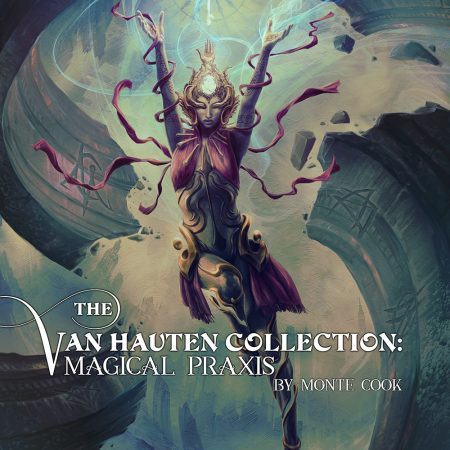 A different sort of magic plays in the realms of fairy tales and folklore, but do not mistake it for something less dangerous. An excerpt from We Are All Mad Here on the city of Catchfools:

Deep inside the belly of the Terrible Dogfish—a great and monstrous sea creature—is the city of Catchfools. Run by an emperor known only by his nickname, the Piper, Catchfools is a city where every vice is for sale, every sin is kept secret, and every living thing is one criminal act away from being turned into a donkey.

Throughout the city, undertaker rabbits walk the streets in pairs, wearing black hoods, humming minor-chord mantras, and carrying small white coffins with people’s names on them. Anyone who sees their name on one of the coffins must commit a sin or indulge in a vice as soon as possible to keep the undertaker rabbits and their death coffins at bay. 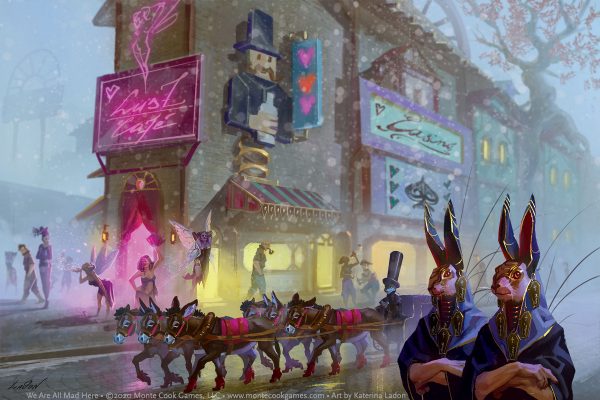 Naturally, some technology is so advanced as to seem like magic. For a taste of that, Sean has been tweeting about Voices of the Datasphere, which should be reaching our warehouse any day now and will be ready shortly thereafter to go out to Kickstarter backers and preorderers! 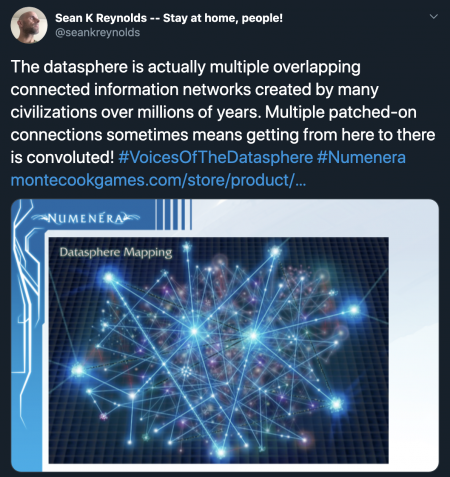 Meet in the Magic of the Internet

We have two upcoming streams you’ll want to catch on our Twitch channel: 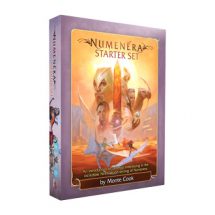 As I long for reconnection with my far-flung geek friends, and the party of two found in my own apartment, I’ve been thinking about RPGs that work with small groups! Luckily, I’ve found that the Cypher System scales well even with small groups—I gamemastered a 1-player game of Numenera for the Party of One Podcast (listen to the episode here). Sean Reynolds recommends adding at least one NPC to the party to give your player someone to talk to and bounce ideas off of. No Thank You, Evil! comes ready-made for having an NPC buddy: every player has a companion to accompany them along their journeys.

Both games are featured in our ongoing deals: 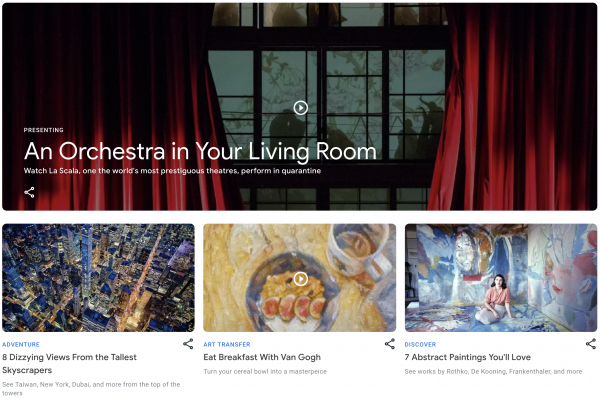