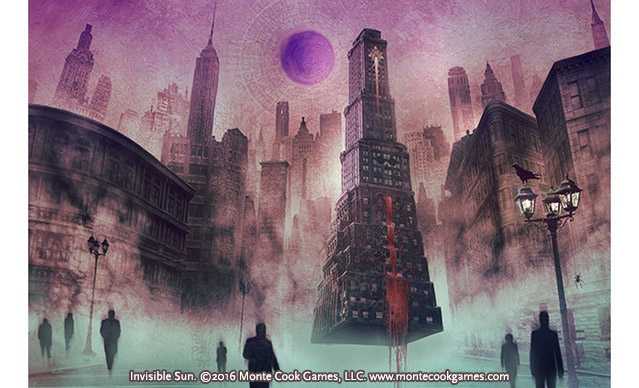 Iadace, and welcome to Cypher Chronicles, now with a spiffy new look.

This world you see around you is Shadow–a world illuminated only by the Grey Sun. You think it is your home, but that’s because you have forgotten your true self. Awaken. Return to the Actuality, and Satyrine, the city under the Indigo Sun. You are a vislae, a wielder of fabulous powers and capabilities, a shaper of reality itself. You sought shelter in Shadow to escape the war, but the war is now over and your home has called you back.

Jade Colossus preorders are now open, and include a free PDF!

Jade Colossus: Ruins of the Prior Worlds is available now to pre-order, and–thanks to a successful social media campaign–every hardcover preorder includes the PDF for free—and you’ll get it extra early!

Don’t miss Ruination Weekend, July 15th and 16th, to test drive Jade Colossus: Ruins of the Prior Worlds. The MCG Asset Team will be running demos all weekend. Click through for a list of events. 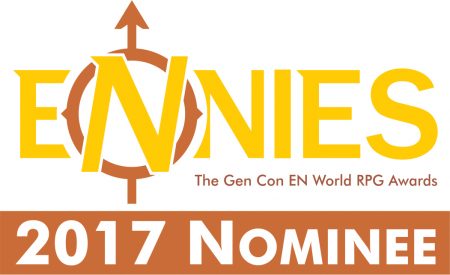 But voting closes soon–Friday July 21st at 11 PM ET–so make sure to cast your vote!

Gods of the Fall received a nomination for its incredible artwork in the category Best Art, Interior.

Torment: Tides of Numenera–The Explorer’s Guide, the supplement that ties in with the award-winning videogame by InXile entertainment, received nominations for its art, setting, and overall awesomeness in the categories: Best Art–Cover, Best Cartography, Best Setting, and Product of the Year.

We’re grateful to be among the excellent products nominated for ENnies this year, and proud of the many creatives who made these products happen. Many thanks to our fans for loving the works and inspiring us to keep on creating!