Are you as excited for Numenera 2 and Invisible Sun as we are?

Vote for these games, and others, at EN World’s Most Anticipated RPGs of 2018! Voting ends Saturday December 16th–vote now!

Make a 2018 Resolution: Become a Gamemaster!

We are SO excited to announce New Gamemaster Month! Building on our program from years past, we’ve now got a dedicated website, where you’ll find resources to teach you how to GM not only Numenera, but also Unknown Armies from Atlas Games and Trail of Cthulhu from Pelgrane Press!

The program begins January 9th, but you can add to the conversation now by joining the Facebook group, following the Twitter account, and using the hashtag #NewGmMonth.

If you’re already a GM, share this with friends you’d like to see take on the gamemaster mantle! 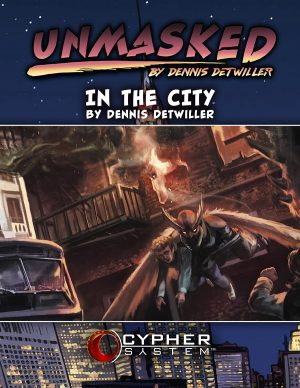 Unmasked gets a new adventure! Get it now and see whether you, a couple of kids with a smattering of strange powers, can save one of your own…

Discovery your destiny, before it’s too late! Today is the last day to go to Backerkit and “slacker-back” several Numenera 2 Kickstarter pledge levels, or get in on tons of really neat add-ons and exclusives:

The Exploding Dice Twitch channel is hosting #Dicember, a series of RPGs played throughout December on Twitch to raise donations for St. Jude Children’s Hospital.

On Tuesday, December 19th at 9pm ET, Sean K. Reynolds will run a Numenera game on their channel for players Shanna Germain, Monte Cook, and Bear Weiter! It’s going to be a blast,

Brian Kurtz made a “No Thank You, Voldemort!” game for his daughter and it looks VERY cute!

Chris Piazzo is inspiring us all with his big-kid props for Unmasked: Trapper Keepers for getting into the 1980’s setting! 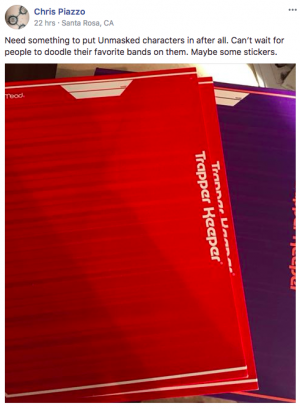 Seeking a last-minute gift for a gamer in your life? MCG has some suggestions for game-related things that made them happy this year: 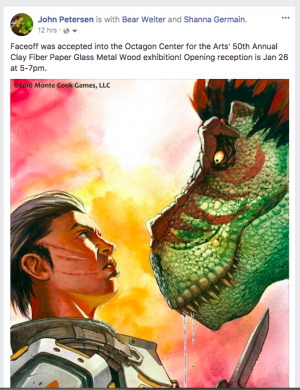 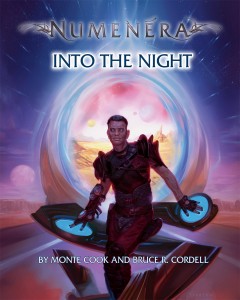 Into the Night: Dark, Mysterious, and Filled With the Unknown

The people of the prior worlds reached for the stars. They engineered our world and others, opened doorways to other dimensions, and rewrote the laws of time and space. The remnants of these efforts litter the Ninth World, but they aren’t limited to Earth. Through the magic of the numenera left behind by the ancients, the stars can be plied. Craft sail the void as if it were an endless sea, intricately designed doorways open onto distant worlds, and even stranger means of travel beckon those who are bold enough to cross the vastness of the night.

Like the Ninth World, the realms beyond Earth are mysterious, majestic, terrifying, and filled with the unknown. Will you join the midnight pilgrims and discover what lies beyond Earth’s shores? Into the Night brings fantastic new locations, character options, creatures and NPCs, and cyphers and artifacts to your Numenera game!