Iadace and welcome to this week’s edition of The Cypher Chronicles! We have more movie news, the Ninth World Guidebook is here, and we go really far behind the scenes to offer a look at all (okay not all — a girl’s got to have some secrets) of the products that we’re currently working on! 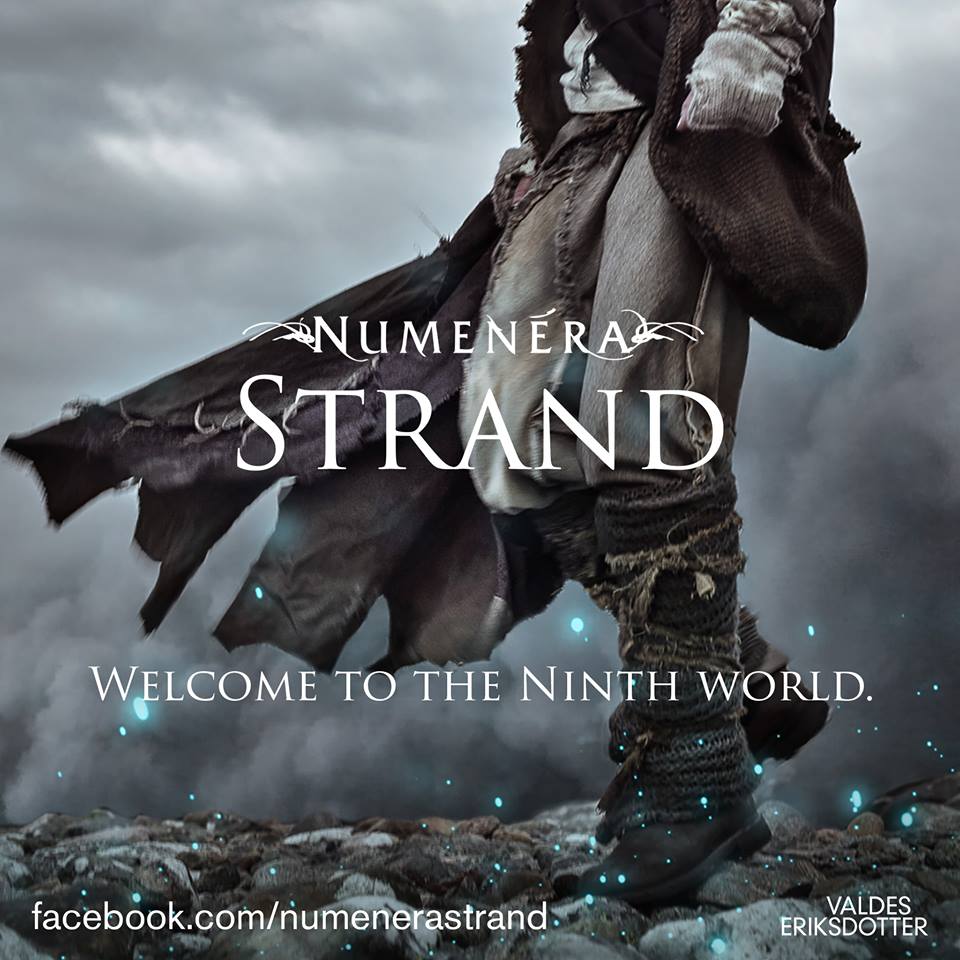 Sometimes it’s hard to believe how many different products we’re working on at once here in the MCG office. Some are super-secret, the kind of things that we work on for months or even a year before we announce them. Others are products that we announce early on and keep you updated about as we go along. Here’s a list of many (but not all–some are still super-secret, after all) of the products we’ve got our fingers in right now:

Here’s the in-progress front and back cover for the print anthology that will come with the boxed set. Because it won’t be sold in stores, we were able to do some fun things with the cover, including having a single image that wraps, creating a spine with nothing but art on it. (Art by Roberto Pitturru). 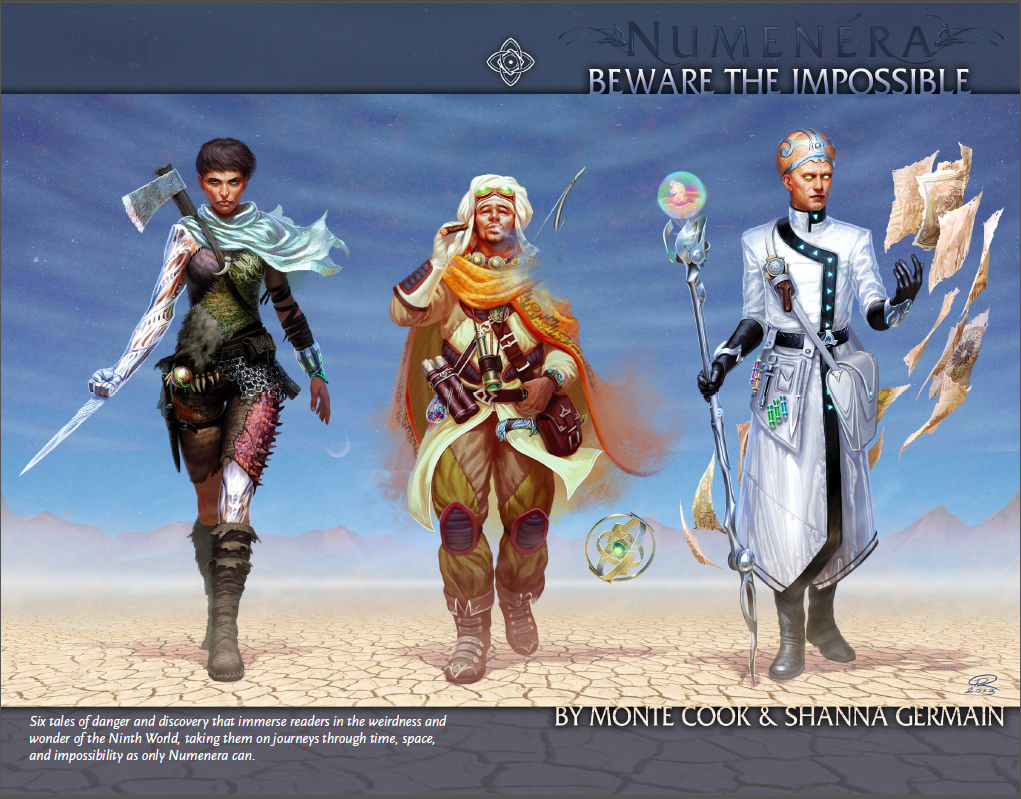 This one is from an upcoming Numenera book. It’s called “You are infected.” (Also by Roberto Pitturru) 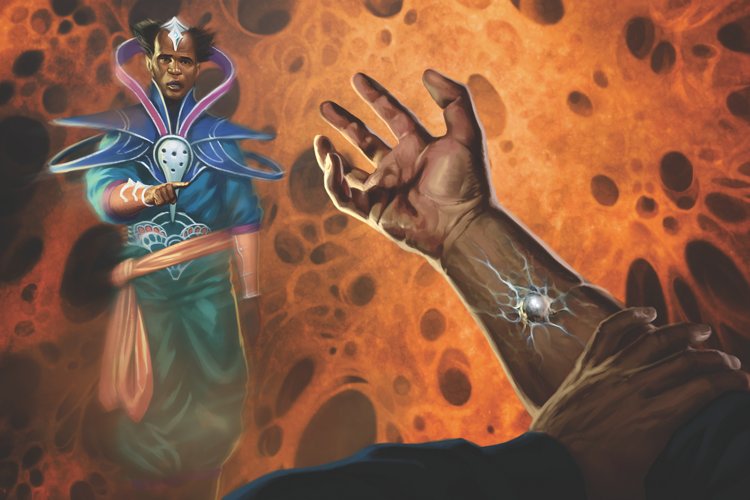 Lastly, a piece from Cathy Wilkins (from an upcoming product for The Strange): 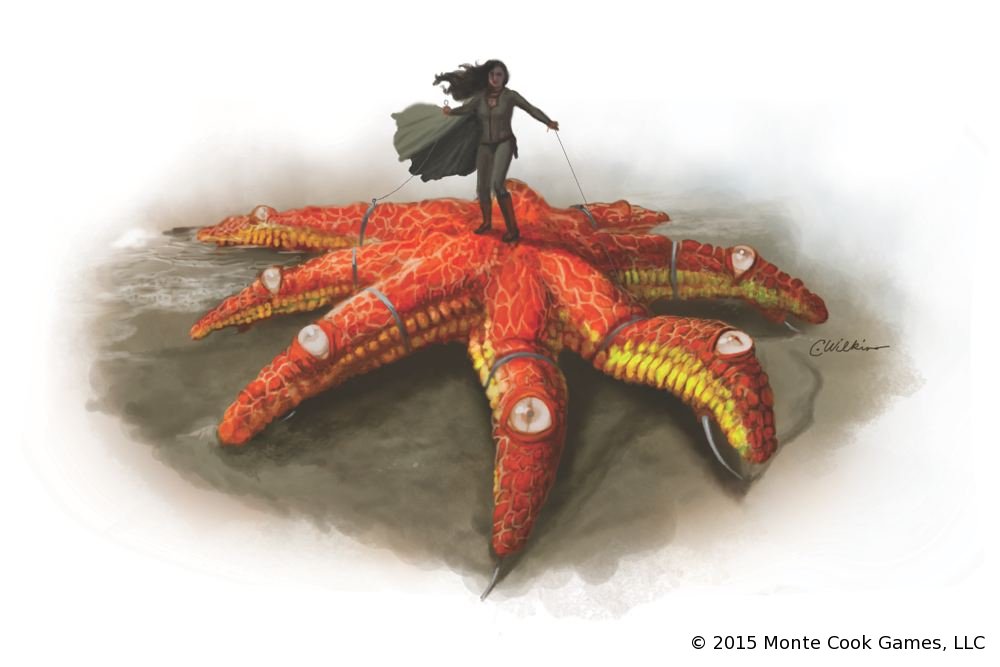