We were getting ready to start assigning art and writing sections of the Ninth World Guidebook, a 256-page hardcover book full of extra art and maps (a promise that we made in the Numenera Kickstarter, and which we intended to fulfill–and then some). There was a whole world spread out before us to explore! Where to go? What to see? We were launching on a whole new adventure, one full of discovery, exploration, and certain danger and it was a wonderful moment, poised there, ready to take our first tentative steps into the rest of the world.

Fast forward to this week, when we prepared the final files of the Ninth World Guidebook and sent them off to the printer (a few days early, even!). A book that was more than a year in the making, and you’ll forgive me if I equate it a little bit to having a child. We held this thing in our hands for a year and then we sent it off and I felt this intense sense of pride and accomplishment, but also this small sense of loss. Something that had been such a huge part of my life for so long was now in someone else’s hands, to be printed and prepared for its debut to the rest of the world.

I believe we made a beautiful book. I’m sure it will have some errata, probably something terribly embarrassing, because we are not perfect and a book this big and this full of art and maps and callouts and page numbers is sure to have a few malfunctioning cyphers buried in its pages. But we gave it everything we had, and I believe that, as with anything we create, those imperfections make us love it all the more. We made a beautiful book, the best book we could, to honor the beautiful people who play our games. 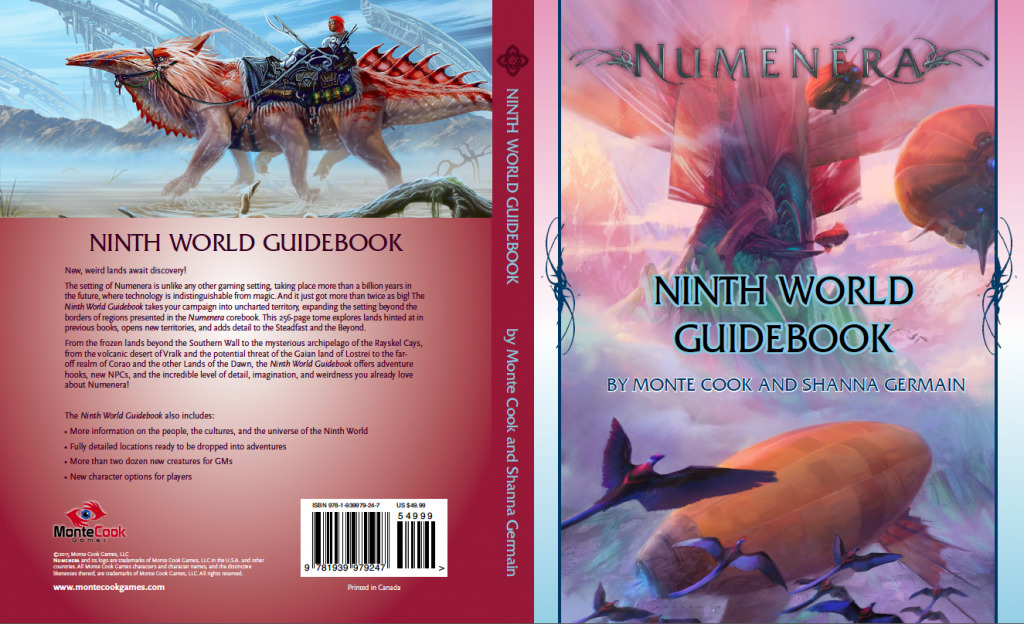 So what does the Ninth World Guidebook actually include? You’ll find Monte’s introduction, a short piece of fiction, and tons of great details about the culture, weather, and wonders of Ninth World. Curious about the calendar? The weather? Seasons? Constellations and planets? Relationships and ceremonies? Laws? Economies? You’ll learn all about these things, including the holiday of Safe Haven, the season called the tempest, and the constellation known as Wuolfok the abykos.

We also explore the Steadfast and the Beyond in greater detail, highlighting new places and people, and we delve deeper into the Frozen South. The gaians come into clearer focus–what do they really want? who do they worship? are they truly gearing for war against the Steadfast?

We introduce Vralk, the Red Kingdom, a place of blood and danger, of red gods and crimson gallows, of sacrifices and dark, hidden plans. 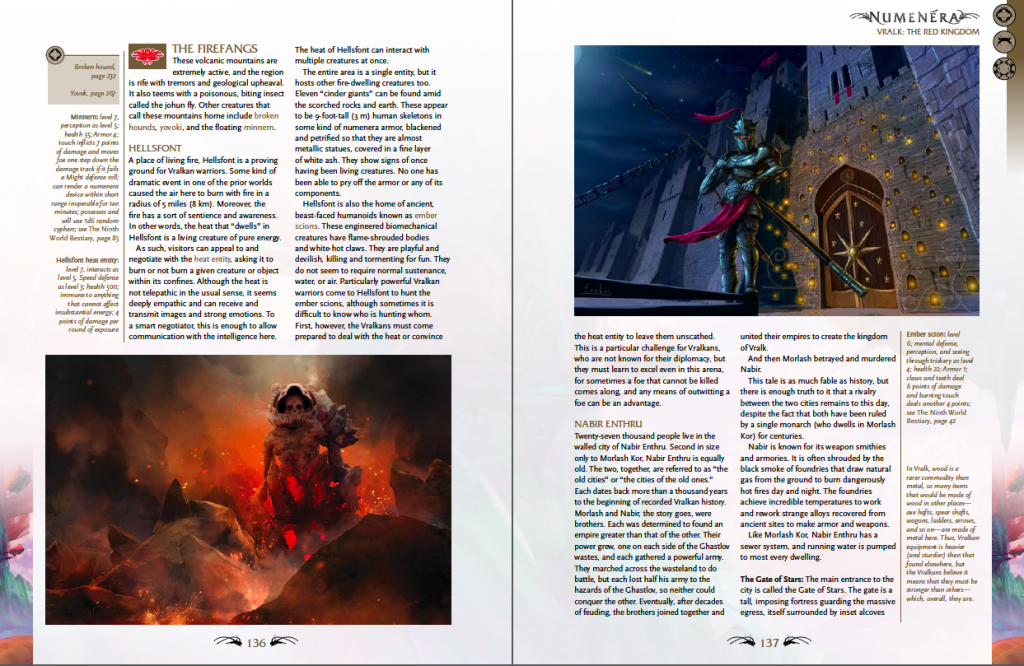 An archipelago called the Rayskal Cays resides off the west coast of the continent, full of weird cultures, languages, creatures, and customs. 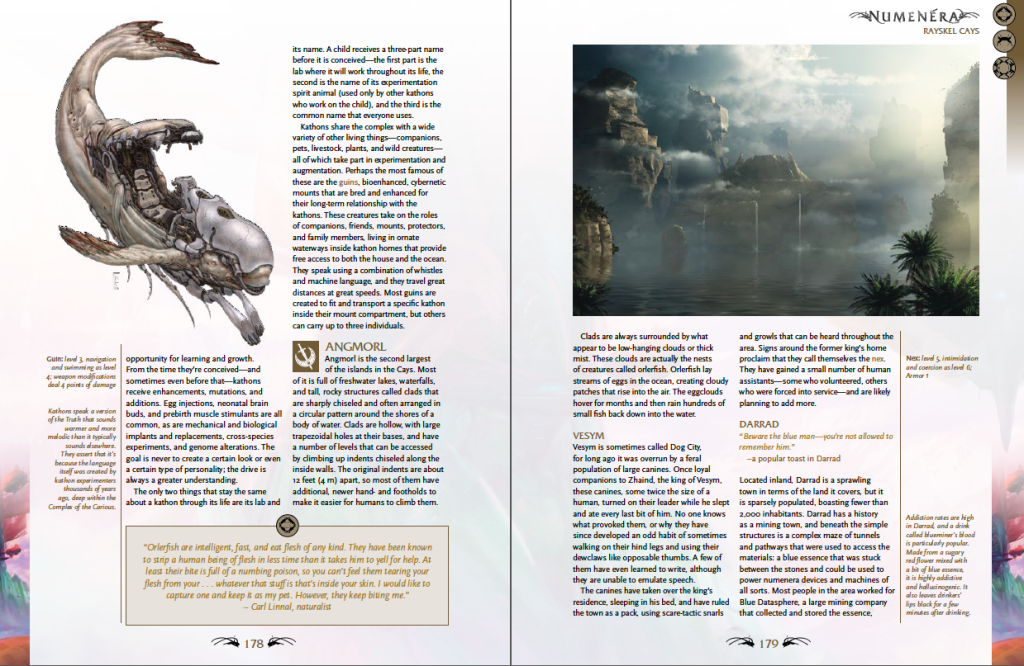 There are more places, as well as creatures and characters, new descriptors and a new focus that is perfect for world explorers. A glossary helps you talk like a Ninth-Worlder and, of course, a comprehensive index and tons and tons of callouts and page references. AND a world map — that shows the size and shape of the entire main continent!

The crazy thing? Even with everything that we covered in this book, we haven’t even covered a quarter of that continent. There is still so much more to discover.

The Ninth World Guidebook will be out in early 2015 (if you really can’t wait, you’ll be able to pre-order it before then!). We hope you love it, and the Ninth World, as much as we do! It’s been a long road, but sometimes those are the best ones, full of exciting discoveries and new experiences.

~iadace, and may your cyphers never malfunction~