Iadace and welcome to this week’s edition of The Cypher Chronicles! We have news about International Tabletop Day, a shiny image from the French translation of Numenera, and a look at the horror genre of the Cypher System Rulebook!

Also: Happy Easter! May your eggs never hatch anything you don’t expect, and may all your bunnies be real chocolate. 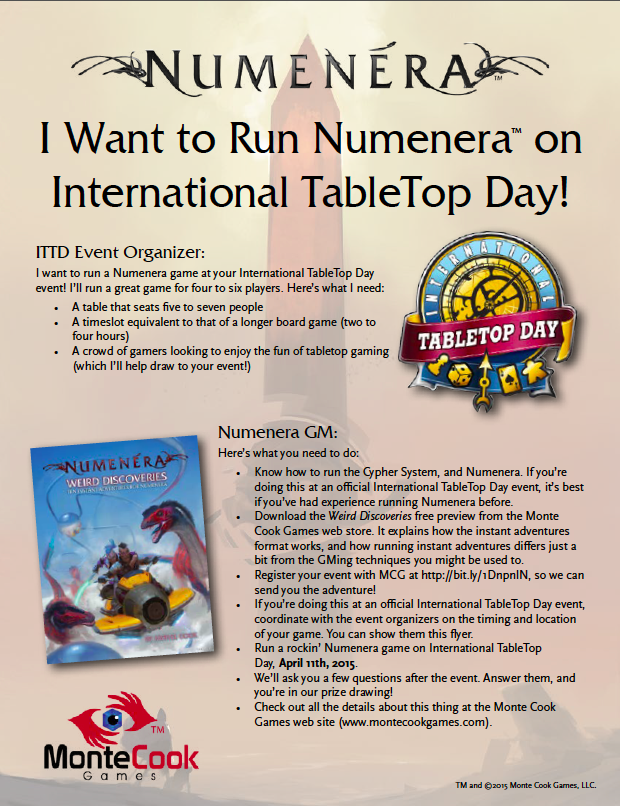 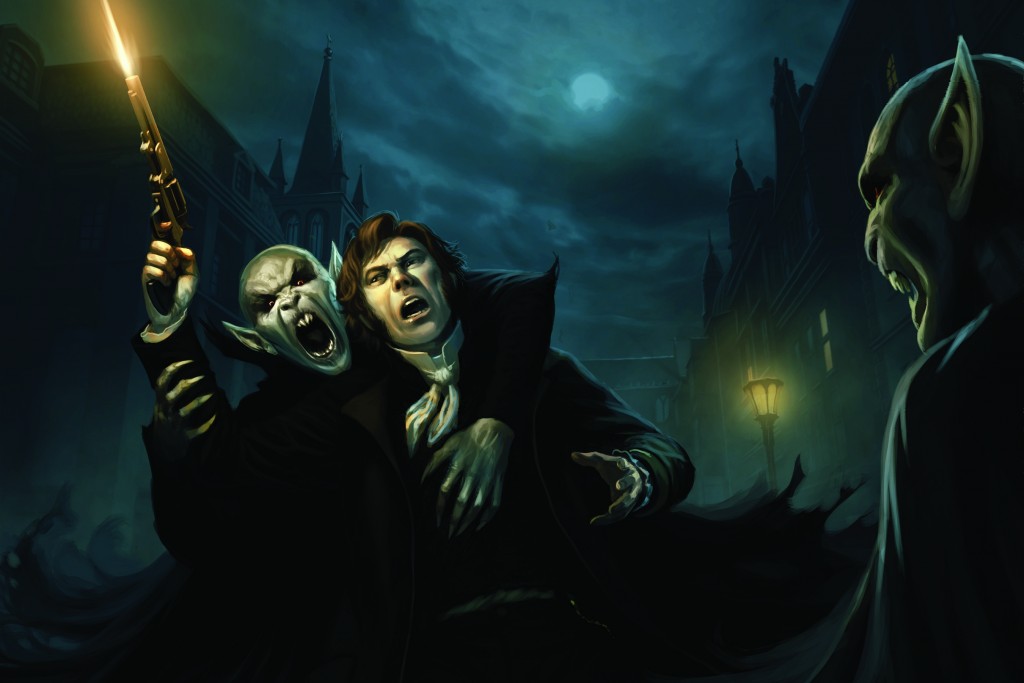 One of the cool things about the Cypher System Rulebook is that it will include ways to play Cypher games in a whole bunch of different genres. We are deep in the middle of a space game, for example, and last week, we started a brand-new horror game. Here are a few of the tips that Monte included in the book about running a good horror game.

Running a good horror game is difficult. You’ve got to maintain mood and atmosphere at almost all times. Here are some tips: