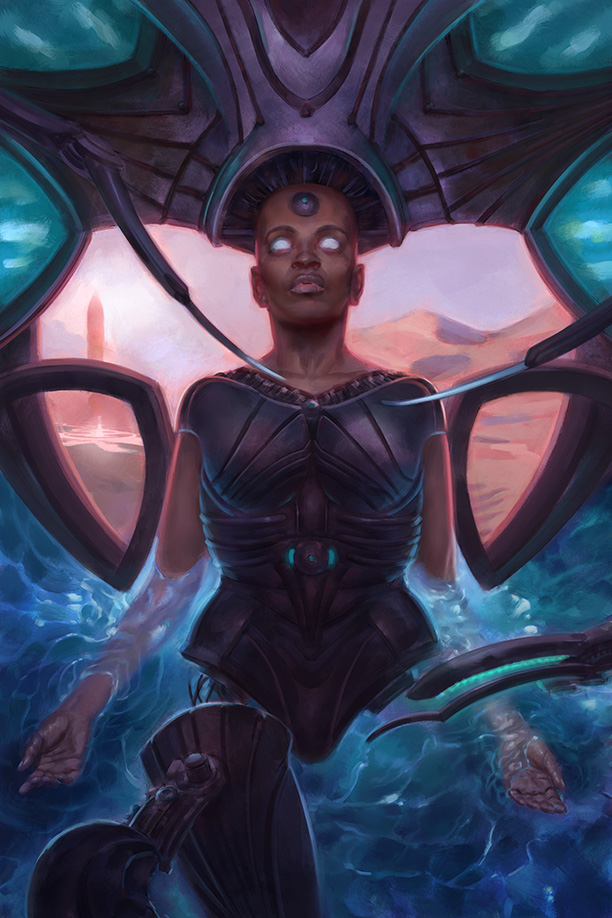 Iadace and welcome to this week’s edition of The Cypher Chronicles! We are hard at work on the Numenera Boxed Set, the PDF of The Ninth World Guidebook, a new surprise for the Recursion Codex, planning our adventures for Gen Con (SO early!), and much, much more. 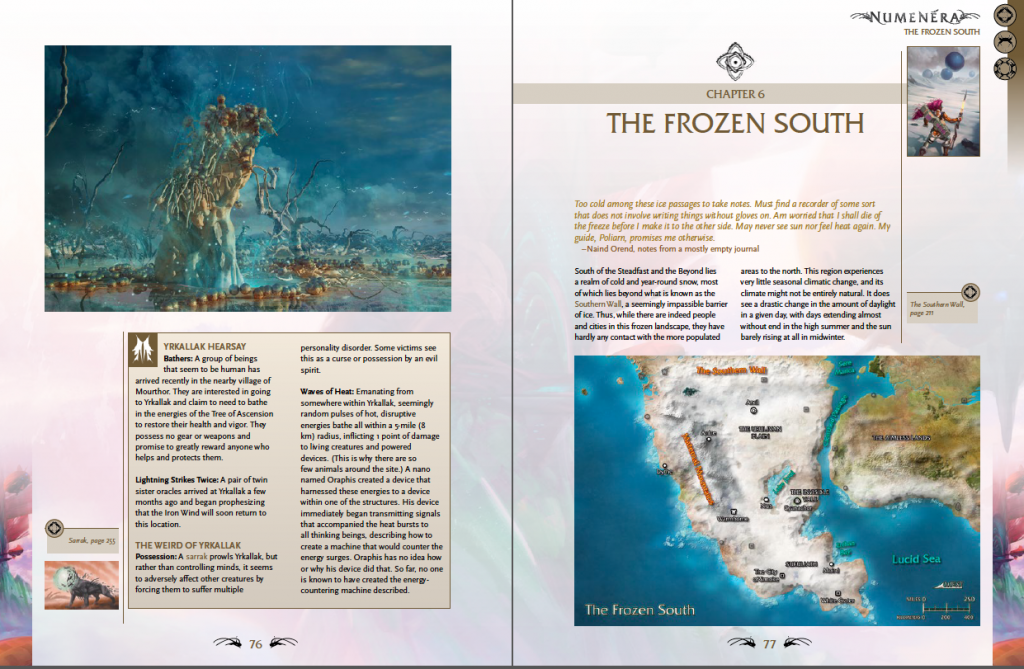 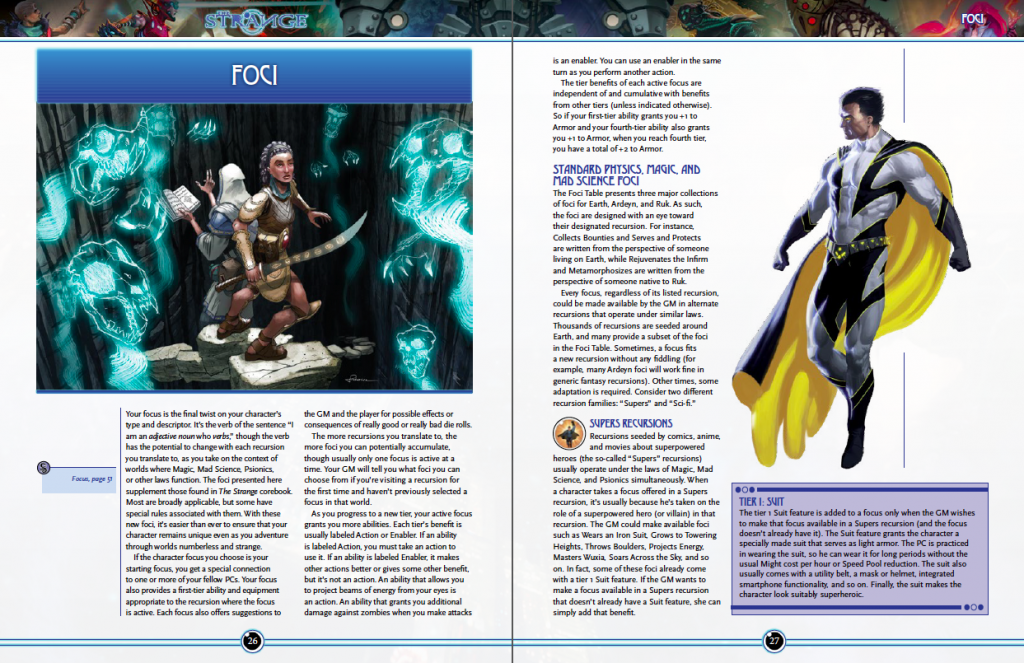 I can’t tell you what this amazing piece, called “Sealed Door,” is from because we haven’t officially announced it yet. But let me say that this book is going to blow your mind. Promise. (Art by Guido Kuip). 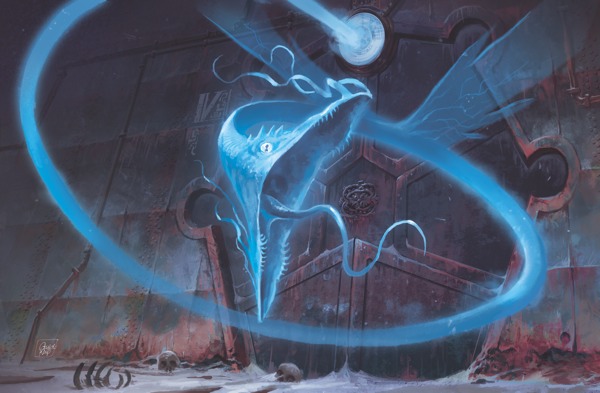