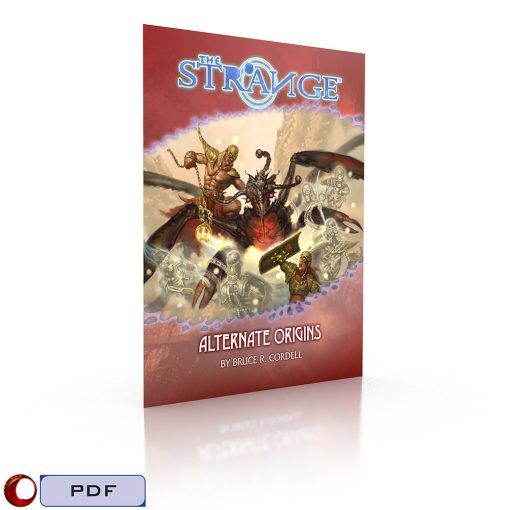 Alternate Origins introduces 15 new descriptors for characters not from Earth. A Vampire vector who is Licensed to Carry? A Halfling, or a Grey spinner? How about a Rebel, or a Mutant paradox? New worlds of choices open up to your characters when they have Alternate Origins!