Monte Cook Games specializes in unique and imaginative tabletop roleplaying games. Our games—Numenera, The Strange, the Cypher System Rulebook, and No Thank You, Evil!—are built on groundbreaking concepts, feature breathtaking art and stunning production values, and are driven by the Cypher System, a set of game mechanics that are flexible, easy to use, and focus on narrative.

“One of the coolest, most original games I’ve played in a very long time.”

“The perfect system to introduce new players to, and it will inspire future games for a long time to come. And that is saying nothing about the amazing, visionary and singular setting!” 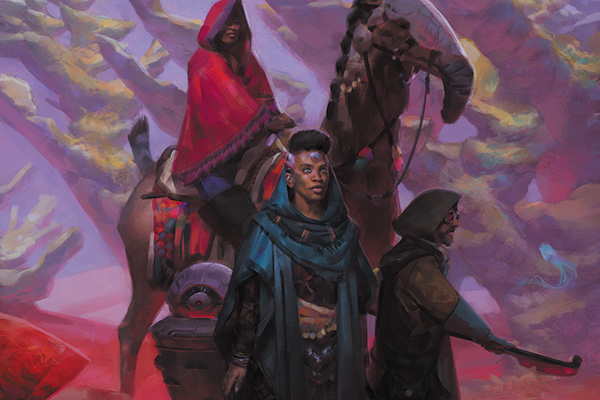 Explore a world of mystery and danger, a world a billion years in the future. A world defined by the detritus of bygone eras, when humanity spoke to the stars, reengineered their physical bodies, mastered form and essence, and ultimately disappeared or transcended. These ancients left behind the numenera—bits of their civilizations inscrutable to the people of the Ninth World. Items and places of power and wonder. Explore this world, find and master the numemera, and build a better future!

Learn more, and download the free quickstart rules and adventure The Spire of the Hunting Sound.

Winner: 7 ENnies including Gold: Product of the Year

Do you think you live in the real world? You don’t. This world you see around you is Shadow—a world illuminated only by the Grey Sun. You think it is your home, but that’s because you have forgotten your true self. Awaken, and return to the Actuality and Satyrine, the city under the Indigo Sun. You are a vislae, a wielder of fabulous powers and capabilities, a shaper of reality itself. You sought shelter in Shadow to escape the war, but the war is now over and your home has called you back.

“This is fantastic!” ~a parent

“They had a tremendous time playing and all four boys agreed this was easily one of the best games they had played.” ~a dad

“I really like that you don’t have to have a robot who is super smart and has programming. Youcan have one that is like a kid, and has a fiery dragon.“ ~11-year-old

(All quotes from actual playtesters.)

Olivia is a Super Smart Princess who Experiments with Science. Rowan is a Cool Robot who Plays with Ooey Gooey Things. Their best friend tells them that a dragon has stolen all his chocolate coins. They’re the only ones who can enter Storia and save the chocolate—how will they do it? It’s all up to them!

No Thank You, Evil! is a tabletop game of creative make-believe, adventure, and storytelling. In No Thank You, Evil!, each player creates a character based on a couple of cool, descriptive, imagination-firing traits. The Guide (a special role often played by a parent or older sibling) presents a dilemma, and the players set off on an adventure of the imagination. Along the way they use their character’s special skills, companions, and equipment to overcome obstacles—perhaps fighting a slime monster, winning over the suspicious Mayor, or beating a rabbit at a race.

Whereas conventional board games constrain players’ actions, No Thank You, Evil! sets kids’ imaginations free: Their options are limited only by their creativity. Together, the players create a story as they work together to make their way through the adventure! Learn more.

“Beautifully simple, elegant, and engaging . . . the Cypher System is simple and powerful enough that designing creatures, adversaries, cyphers, and everything else is a breeze.”

“The Cypher system is both unique and easy to use . . . It puts the story in the hands of the players.”

“The system is fast, fun and cinematic—loose enough so that players have freedom but structured enough so that storytellers can react without having to refer to the book too often.”

(Comments on the Cypher System rules from reviews of Numenera and The Strange.) 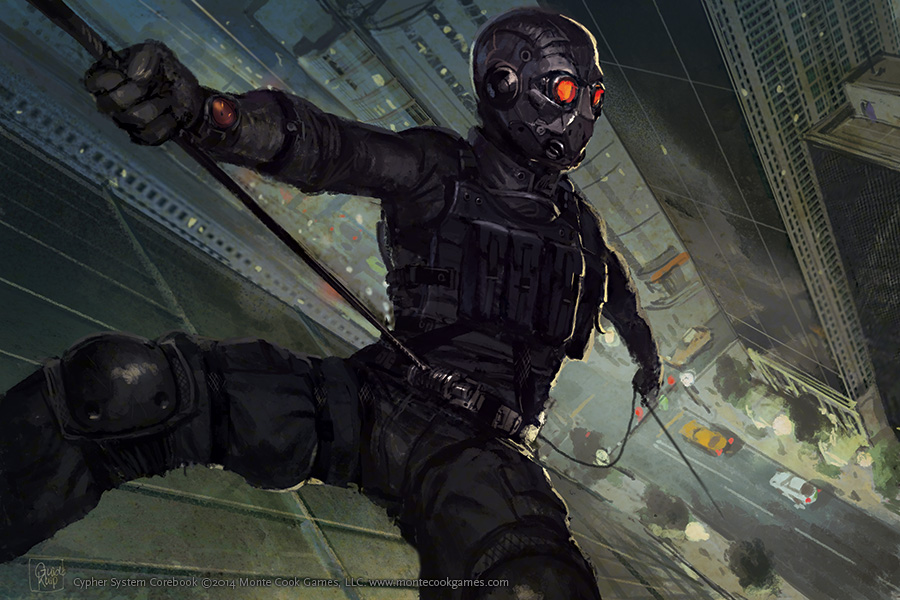 A Cypher System campaign of Victorian horror? High fantasy? Espionage? Galaxy-spanning space opera? With the Cypher System Rulebook, running any of those is as easy as running or playing The Strange or Numenera. Take the Cypher System to the limits of your imagination with this hefty rulebook that extends the system to fantasy, science-fiction, horror, modern-day, and superhero settings—or any setting you can imagine!

The Cypher System Rulebook adapts the Cypher System to an unlimited range of campaigns and genres, giving you the complete rules set and hundreds of character options, creatures, cyphers, and other resources. It’s everything you need to play virtually any game using the Cypher System rules.

Start a new campaign set in a fantasy land of elves and fae creatures, a science fiction setting spanning the galaxy, or a modern slasher horror game—or add scads of new options to your Numenera or The Strange campaign. The Cypher System Rulebook gives you everything you need to run the game you want to play using the critically acclaimed, award-winning, and just plain fun-to-play Cypher System! Learn more.

“Hands down the best RPG rules system and setting I’ve ever run.”

“The ability to basically go anywhere that one could possibility want to go, from any fictional world or alternate setting or imaginary realm, is amazing.”

Oz. Barsoom. Asgard. The Dreamlands. The Victorian London of Sherlock Holmes. The setting of your favorite novel or movie. Worlds even more exotic or bizarre, driven by laws of magic, psionics, or weird science. A few people—a very few people—have discovered how to travel to other places. They call them recursions, and they’re like limited pocket dimensions with their own laws of reality, connected to Earth via a dark energy network beneath the normal matter of the universe. A dangerous, chaotic network they call the Strange.

When you visit these worlds, you adapt to them, taking on some of the physical aspects and knowledge of the natives. You become, in part at least, a different version of yourself.

What will you find when you venture into Earth’s shoals? And what will find you, as you travel into. . . The Strange. Learn more. 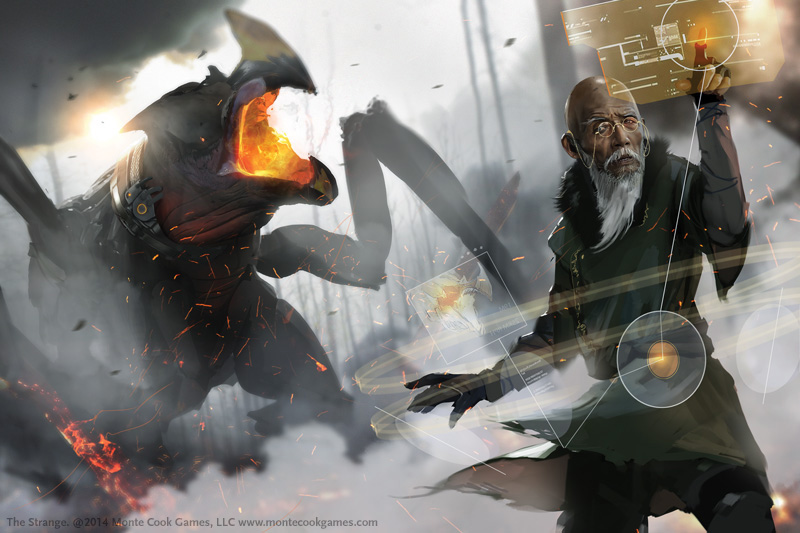