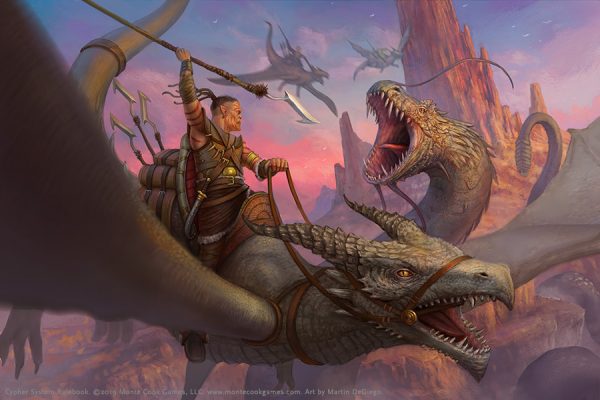 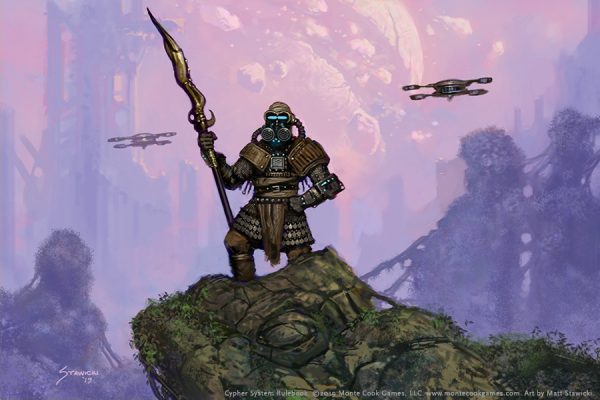 Uniquely Easy on the GM

While preparing for their games, and at the game table, Cypher System GMs spend their time and mental energy thinking up exciting and creative adventures, settings, encounters, twists, NPCs, and creatures—while spending only mere minutes on numbers and stats. This is in part due to the elegant, math-free simplicity of the system, and in part because of the “players roll all the dice” approach, which shares the mechanical burden with the players.

The Cypher System is amazingly easy to adjudicate. The GM decides how difficult a task is on a simple 1-to-10 scale, and the players apply their skills, resources, and other assets to lower that number—and then they roll the dice. If you can rate a task between 1 and 10, you can run the Cypher System—even if your adventure goes in a completely unexpected direction, or you’ve had no time to prep. Of course there’s more to it, and creatures, encounters, and special situations can add layers of additional sophistication. But at the heart of it all is that 1-to-10 scale.

And that’s it! Virtually everything that makes routine actions more complex is on the players. The GM is the arbiter of what skills, special abilities, and other assets apply, but it’s up the the players to bring these elements to bear, resolve the final difficulty of the task, and roll the dice. This has the dual benefit of increasing the players’ narrative engagement and keeping the mechanical work of running the game off the GM’s plate.

All the while, the GM is focused on running imaginative encounters, spinning great adventures, and building vivid and memorable campaigns! 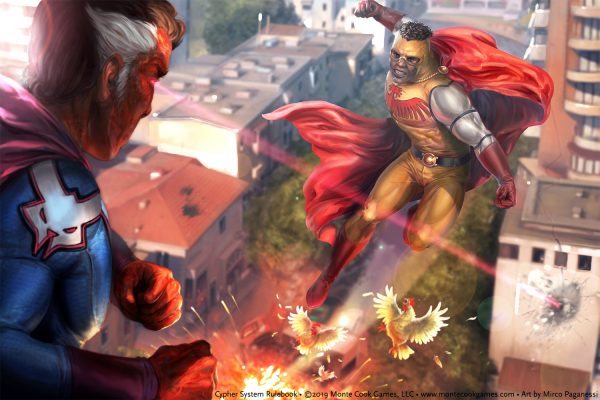 Cypher System characters are built with a three-part sentence. You might be a Rugged Warrior who Stands Like a Bastion. A Guarded Adept who Keeps a Magic Ally. Perhaps a Graceful Explorer who Moves Like the Wind. Or a Charming Speaker who Bears a Halo of Fire. Each part of your sentence says something about your character—but also provides some of your abilities, skills, and stats. They even offer guidance on your connections to other characters in your party, creating bonds that can be a foundation for an ongoing campaign, or facilitate great roleplaying in one-shot adventures.

Cyphers give characters single-use abilities frequently gained and spent, adding variety to the character’s capabilities and providing exciting new approaches and options. Depending on what’s appropriate for the campaign, cyphers can be subtle, representing advantageous conditions, blessings, or unusual turns of luck, or manifest, in the form of minor magic items, charms, or bits of unusual technology.

Creating a great Cypher System character is as easy as coming up with a great concept. You build the character you imagine through a short, easy, largely math-free character creation process. And you get a character with depth, nuance, and flexibility. 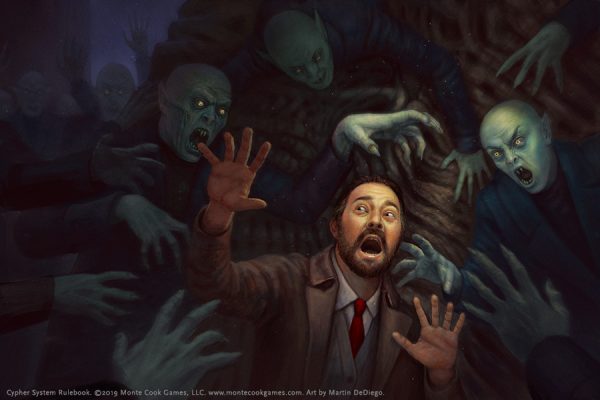 Everything about the Cypher System is focused on making great characters, adventures, and campaigns. The flexibility of the system frees the GM to build the adventures they imagine with a focus on creativity over “work,” and the GM intrusion mechanic enables great plot twists that the players welcome rather than shy away from.

For their part, the players call upon resources such as Effort, player intrusions, and flexible uses of XP to influence the course of the game and bring advantages to the rolls and situations they most want to succeed. And character arcs let players bring their own priorities to the game, developing satisfying and engaging subplots in collaboration with the GM. 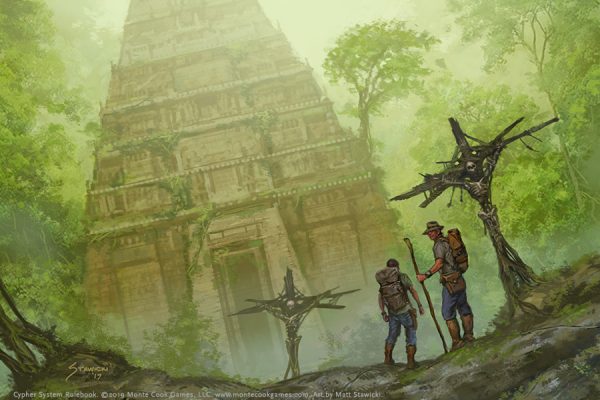 Any Campaign, Any Genre

Whatever game you want to run—whatever world you want to create and explore—the flexible, fast-paced, narrative-focused Cypher System makes it easy! 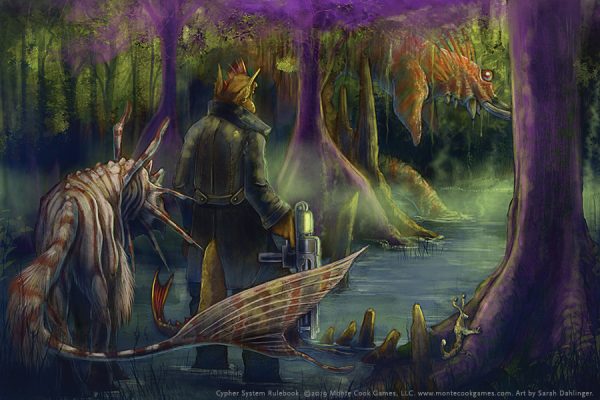 The 448-page Cypher System Rulebook gives you all the character options, equipment, game rules, special coverage of key genres, creatures, NPCs, and cyphers you need for any game.

How to Play the Cypher System