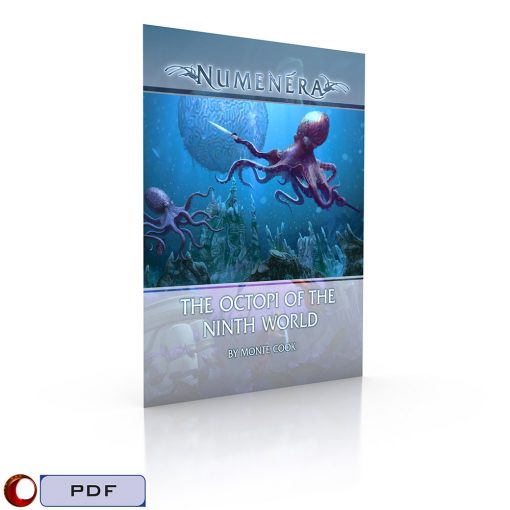 The Octopi of the Ninth World (PDF)

The Secrets of a Billion-Year Empire

If the seas have a ruler, it is the octopus. Their empire has outlived the eight Prior Worlds and spans the world’s oceans—all ruled by their queen.

Discover the secrets of the Ninth World’s most ancient and, though it is known to few, pervasive cultures. Face off against the aggressive octopi of the Bay of Peyclin, who are secretly building an army to invade the Ninth World’s lands. Or play an octopus yourself, with a new focus and descriptor for octopi characters.

Building on content from Into the Deep, this supplement gives you more details on the inner workings of the world of the octopodes.