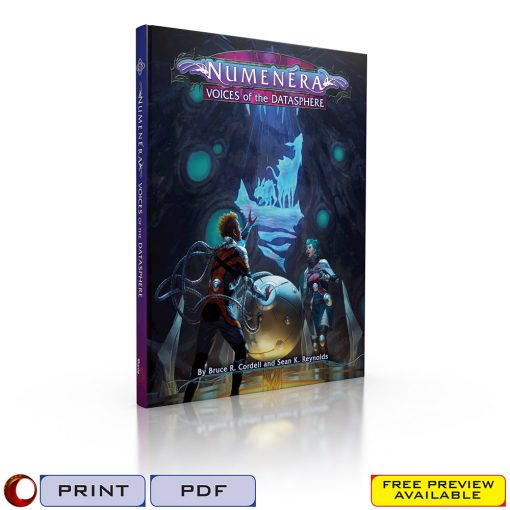 This is a preorder. Voices of the Datasphere will be available in late April. Get yours early: preorders ship a week or two ahead of street date!

Discover a bizarre new realm of wonders, mysteries, and danger

Most Ninth Worlders know the datasphere only as the source of mysterious glimmers—those odd, unbidden flashes of knowledge and insight that, rarely, embed themselves within the mind. Some who study the numenera call it a network built by the ancients to surround the world with their knowledge. Some Aeon Priests say it is in fact many such networks that sometimes, but not always, intersect.

And then there are those who have explored it. They tell stories of a vast metaspace that one can actually enter, to emerge in wholly other places—and along the way discover treasures and dangers unique to a bizarre realm unconstrained by the laws of nature. 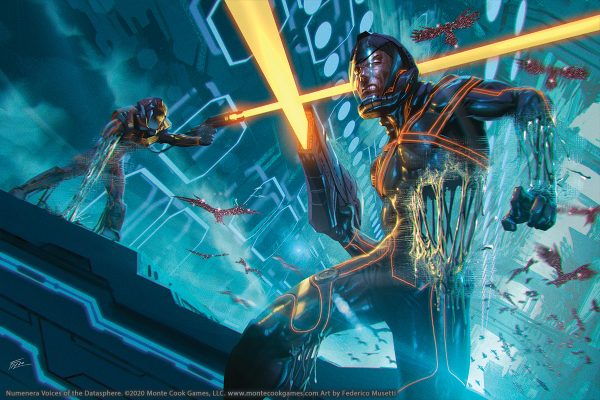 Some of these sages and adventurers believe its exploration offers the greatest key to unlocking the secrets of the prior worlds. Are they right? Only one thing is certain: the datasphere offers amazing knowledge to be learned, rich treasures to be discovered, and all-new challenges to be overcome. 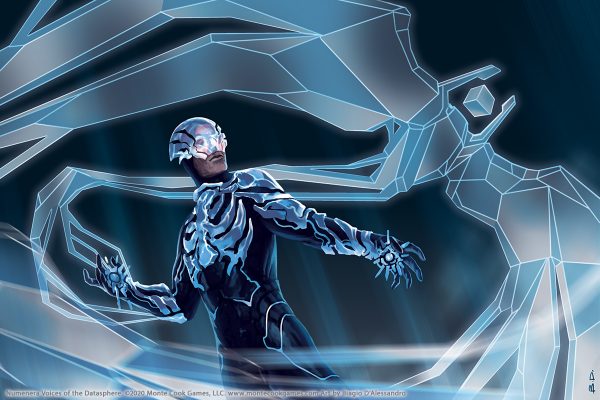 Voices of the Datasphere contains: 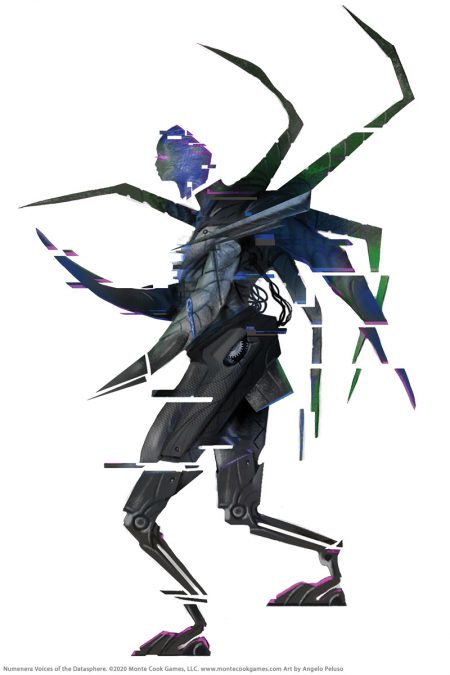