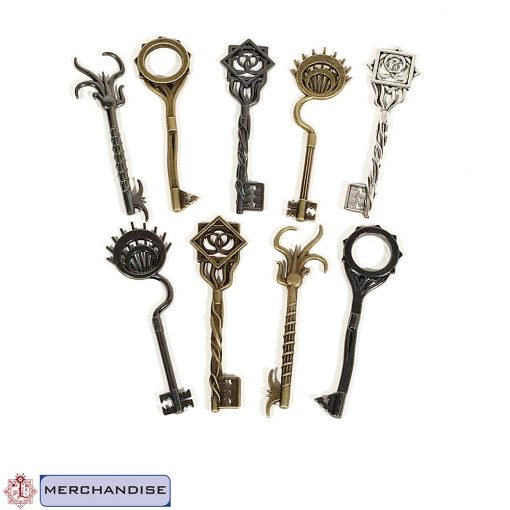 Rodir has connections all over the city, and she holds a collection of wicked keys that allow her to unlock any problem by just creating a keyhole to insert a key, turning it, and seeing what happens. People don’t appreciate it when she does this to them, but that’s what they get for being in her way.

In Invisible Sun, wicked keys are rare items that fall from the sky during intense, unusual storms called keyfalls. These rare, magical keys can, in the hands of a vislae, bypass any barrier. A locked door is a barrier. So is a wall with no door, but somehow a keyhole appears when a wicked key is deployed. A person can be a barrier—a guard who blocks your path or an official who won’t answer questions. Pull out a wicked key and that person suddenly has a keyhole in their flesh. . . .

This is a set of nine wicked keys, cast in metal with varying finishes so that no two keys are alike, for use as props in Invisible Sun—or anywhere you have a barrier you need to pass through. Each key is about four inches long. 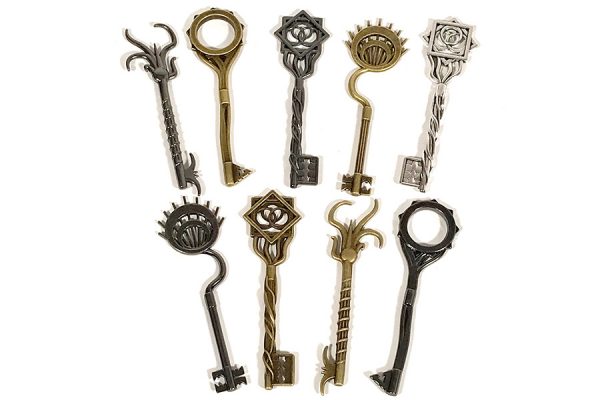