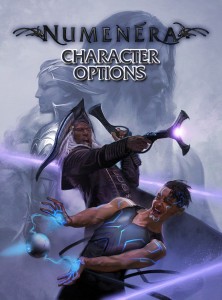 Update 13 May: You can now download a free preview of Character Options!

Monte Cook Games is pleased to announce the forthcoming supplement Numenera Character Options. We’re always pleased to announce great new additions to the Numenera line, but this one has us especially pleased. Super pleased, even. Why? Because this is the first new title for Numenera that wasn’t part of the Kickstarter campaign that launched the game.

In some ways this is not surprising: Once it was clear the Kickstarter campaign was launching a full game line, we always knew that line would go beyond the half-a-dozen books that were funded by that campaign. What makes this especially cool, though, is that the game’s incredible reception, its continued gangbuster sales, and the demand from the growing legion of fans have allowed us to add this product to the middle of our schedule, rather than waiting until some time next year to introduce new books.

This isn’t just great news for us (and for you, if you’re a Numenera player)–it’s especially good news for the MCG SUPERFAN supporters of The Strange’s Kickstarter campaign (including EARLY BIRD and ULTIMATE SUPERFANS). Those pledge levels were always the best bang for your buck, and now they’re even better, because this title just sweetens the pot for those backers. 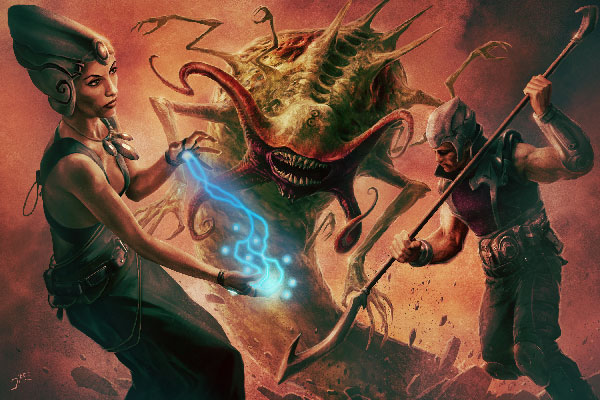 So what’s this book all about? As the name suggests, it’s chock full of new options for Numenera characters. In addition to new descriptors and foci, Numenera Character Options offers new mutations, new non-human races, new esoteries, new fighting moves, and new tricks of the trade. It also introduces new kinds of descriptors, expanding the concept to include character origins and negative traits, along with new rules for customizing characters, switching descriptors and foci, and more.

Numenera Character Options is out in May. For those who can’t wait that long, here’s a little sample:

Unlike the descriptors in the corebook, some of the descriptors in Numenera Character Options are negative in connotation. Dishonorable, for example, is not a term most people would want to use to describe themselves. Still, sometimes a character is more accurately defined by something less than flattering. Sometimes this negative trait is the most remarkable one.

There is no honor among thieves. Or betrayers. Backstabbers. Liars. Cheats. You are all of these things, and you either simply don’t lose any sleep over it or you deny that it’s true to others or to yourself. Either way, the truth is that you are willing to do whatever it takes to get your own way. Honor, ethics, and principles are merely words. In your estimation, they have no place in the real world.

1. You are interested in what they are doing, and so you lied to the other PCs to get into their group.
2. While skulking about, you overheard the other PCs’ plans and realized you wanted in.
3. One of the other PCs invited you, having no idea of what you’re truly like.
4. You bullied your way in with intimidation and bluster.

Numenera Character Options will be a 96-page softcover priced at $24.99, and will hit the streets in May.