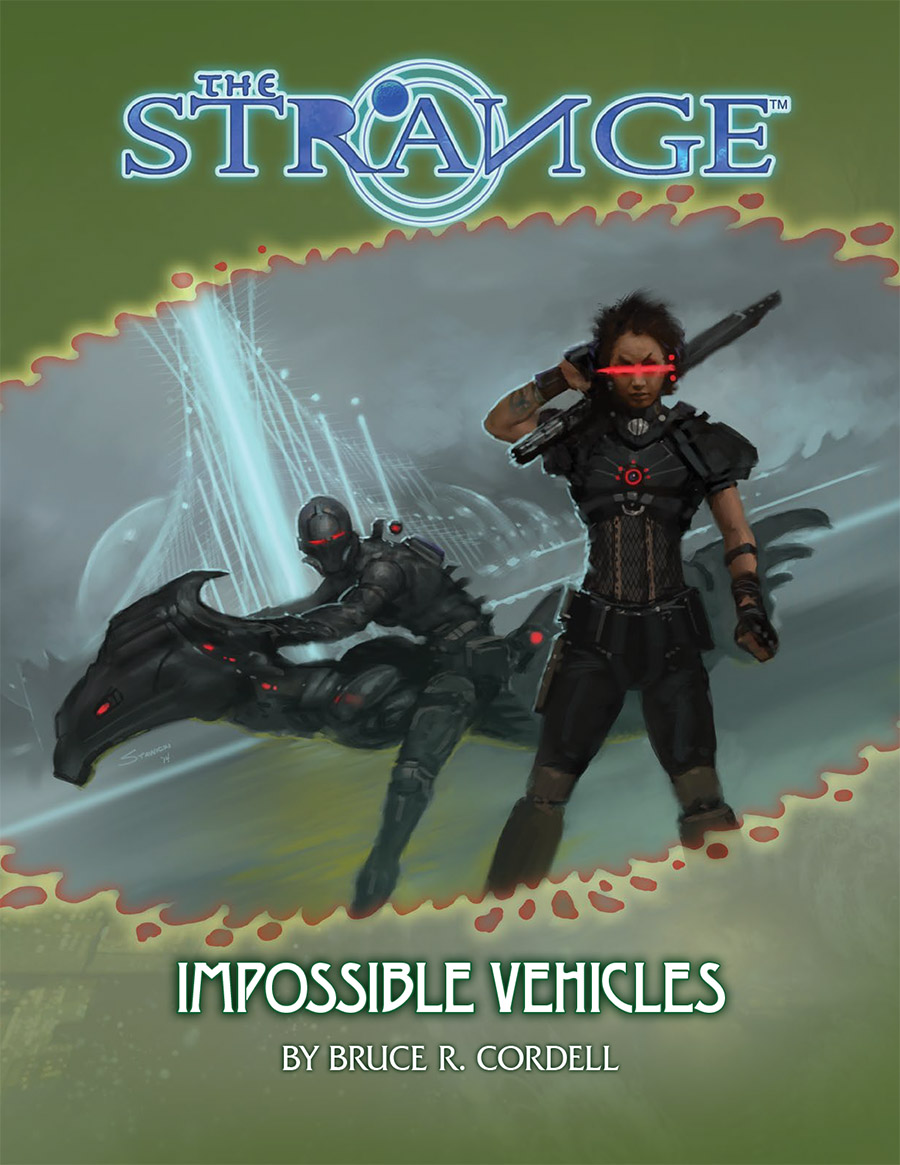 Recursions within the Strange are seeded by fiction, imagination, and myth—stories. And stories sometimes feature vehicles, often vehicles that are practically iconic to their settings. Star fighters. Flying carpets. The Argo. Vehicles large enough to host the PCs through the bulk of their adventures are especially likely to be seeded into the Strange.

Impossible Vehicles brings you a sampling of vehicles presented as artifacts, both minor and major. Of course, any time characters ride in vehicles, there’s a chance for a chase or a fight, so we’ve also included rules for vehicle combat.