Over a Thousand Numenera Items for Your Gaming Table 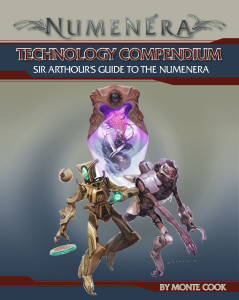 From the Pen of the Redoubtable Sir Arthour Himself!

The namesake of the entire game line, the “numenera” are artifacts, oddities, and little bits of almost magic-like technology left to the Ninth World by a billion years of previous civilizations. Now the Ninth World’s foremost expert, the redoubtable (though perhaps not entirely sane) Sir Arthour, brings nearly 1,000 new items to the Numenera gaming table!

The Technology Compendium: Sir Arthour’s Guide to the Numenera contains 400 new cyphers, 225 new artifacts, and 300 new oddities. For the players, it introduces a new race: the artificial intelligence. And it includes extensive GM advice on integrating incredibly advanced technologies into your game.

Here’s a cypher to whet your whistle, and a bit of art (not of the same subject)!

Level: 1d6 + 3
Usable: 2-inch (5 cm) crystal tetrahedron
Effect: When activated, this crystal flies into the air and seeks the least intelligent sentient creature in long range, which takes one round. After finding its target, the crystal fires a bolt of energy similar to lightning at the creature. The bolt inflicts 10 points of Intellect damage (ignores Armor). 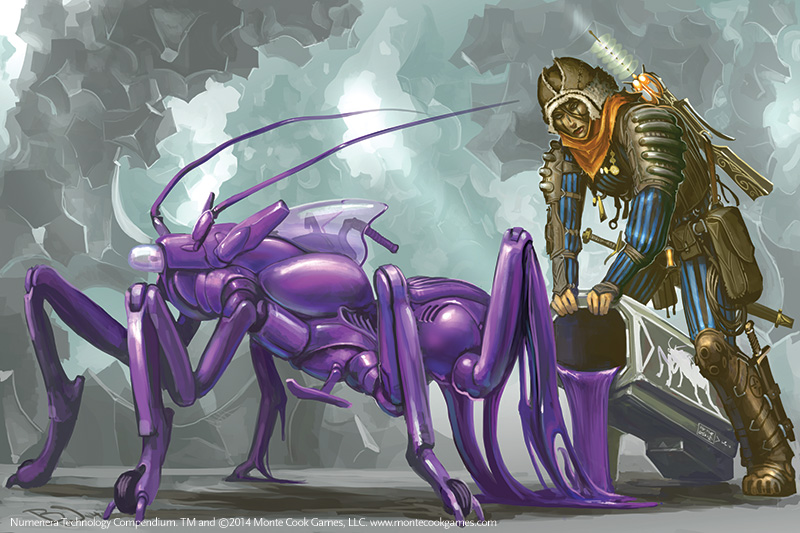