Welcome To The Raven Wants What You Have 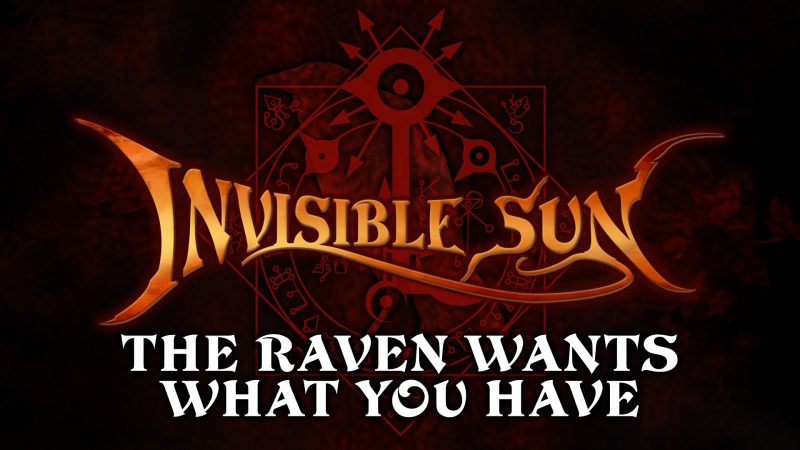 In the Invisible Sun narrative The Raven Wants What You Have, learn the secrets of the Girl From the Other Shore and follow a group of friends all across the city of Satyrine and even realms beyond. Our four characters include:

These friends get caught up in the theft of a magical violin, break into a floating skyscraper, encounter an eternally dying god, and make their way to the realm of the Red Sun by way of a bloody and brutal competition in the Undersling. On the way, they conjure spirits and ghosts, craft their own magic items, learn arcane secrets, battle demons, and master spells and incantations that produce all manner of strange and wondrous effects. It’s a surreal and weird story full of twists and surprises—surprises for both players and GM—and you’ll get to watch it unfold right there at the table as it develops.