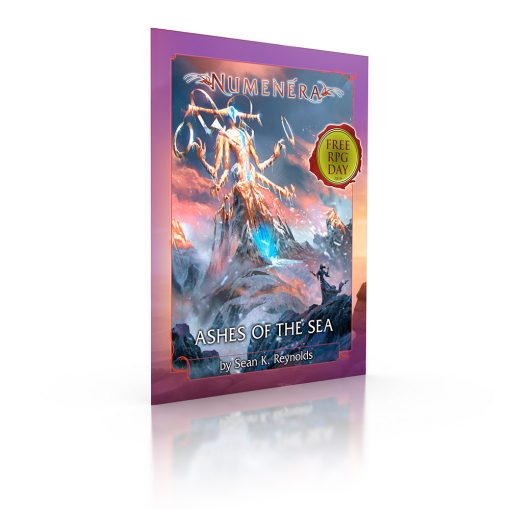 Ashes of the Sea FREE Numenera Quickstart Rules and Adventure

An ancient device has sent you and your friends, in the blink of an eye, to distant reaches unknown. The key to returning home—or anywhere else—lies within another prior-world site. But entering the towering Icon, topped by its mysterious, many-armed statue, is taboo to the locals—and the ruin contains a dangerous legacy of its original function. . . .

Ashes of the Sea is a complete adventure—plus complete quickstart rules that introduce concepts and character types from Numenera Discovery and Numenera Destiny—for novice and veteran Numenera players. If you’ve never played Numenera, or don’t even own the game rules, you’ll find everything you need (except dice!) to learn, run, and play the adventure. And experienced players will love the adventure itself. It even comes with a set of six characters, fully pregenerated and formatted to make it easy to learn Numenera.

Ashes of the Sea includes:

Ashes of the Sea was the 2018 Free RPG Day adventure for Numenera.