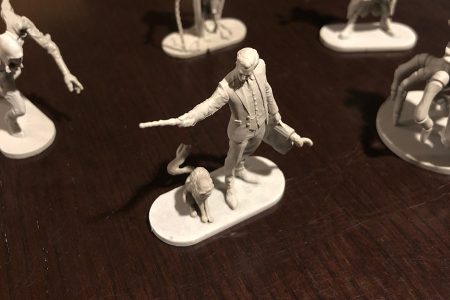 Lord Vryx is an Iconoclastic Stormheart of the Order of Goetica Who Serves as a Host, and is possessed by a bevy of spirits of all sorts who (usually) help him in his endeavors.

Omar Vanderal is an Established Stoneheart of the Order of Vance Who Walks with Strange Steps. This dapper fellow doesn’t let the surreality of the Actuality get to him, no matter how weird it gets.

Lauk, the Thief of Ideas, is a Connected Flameheart Apostate Who Can’t Be Touched. A well-known thief, Lauk steals anything that can’t be nailed down—ideas, concepts, spells, and even emotions. Like is targets, his physical form is often intangible.

Palome is a Beloved Stoneheart of the Order of Weavers Who Speaks to the Noösphere. She’s the picture of both knowledge and grace, and wields magic like an artform.

The Red Shaper is an Itinerant Waveheart of the Order of Makers Who Evokes the Change. She is contradiction walking on eight legs—a maker who reveres change and destruction.

These are the five iconic vislae included in the Invisible Sun Black Cube as pregenerated characters. Now they’re available here in Shadow as 54mm miniatures. These beautiful, surreal characters are an intriguing visualization of Invisible Sun vislae, and a striking addition to your game table or display case.

The figures are made of plastic and unpainted. Some assembly is required. 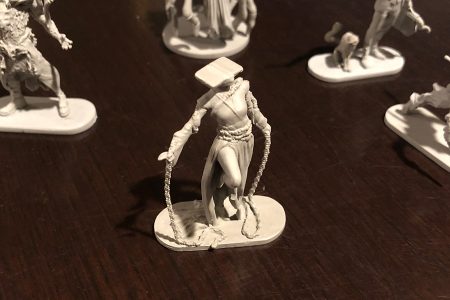