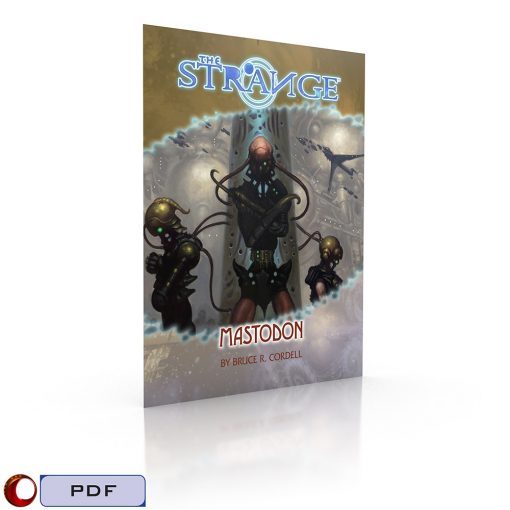 Former members of a secret military program—codename: Mastodon—are being murdered. The PCs were once part of that now-defunct program, which explored the military applications of paranormal abilities. Are they next? Not if they can find out who or what’s behind the murders—and stop them. But will they have to venture beyond our reality to find a killer long thought dead?

This 22-page adventure was run in official GenCon 2015 events, and is optimized for introducing new players to The Strange. Also included are six pre-generated characters, so you have everything you need to play!