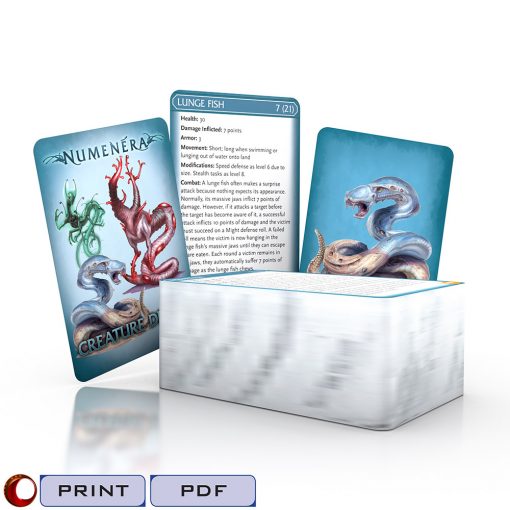 The easiest way to build and run Ninth World encounters

Populate your encounters with weird and wondrous Ninth World creatures quickly and easily. Generate them randomly from a selection you build. Or create encounters on the fly. Then give your players a look at the foes they face.

This deck contains 99 weird and wondrous creatures of the Ninth World, drawn from The Ninth World Bestiary 3, Numenera Destiny, and Priests of the Aeons. When you need to build an encounter (either when prepping your game or at the gaming table), simply pick or randomly draw a card from this deck. You’ve got basic stats (with a reference to the book, for full stats and info) on one side, and an image to share with your players on the reverse. You’ll be astounded at the time you save! 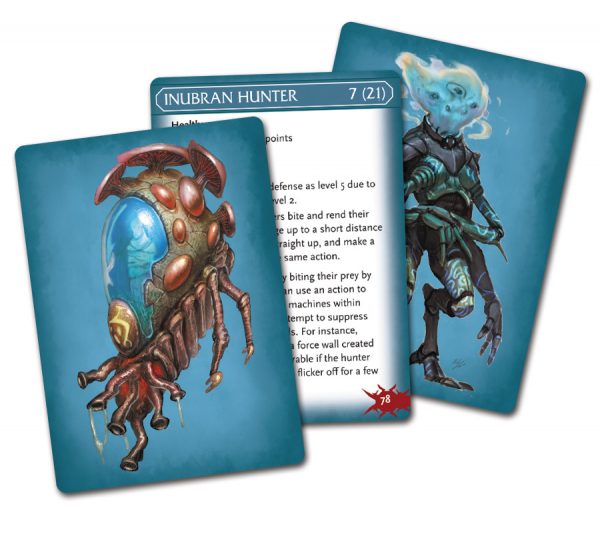 PDF purchasers: To print your Creature Deck 3, set your double-sided printer to short-edge binding and print on a cardstock material. Then, with a sharp utility knife and straight edge, use the crop marks as guides to trim the cards apart. If you don’t have a double-sided printer, print the pages individually and then glue them back-to-back with a thin, even coat of adhesive. Before glueing, hold the back-to-back sheets up to a light source to ensure they are lining up correctly. The gutters between the cards give you a little bit of leeway if the two sides do not line up exactly.