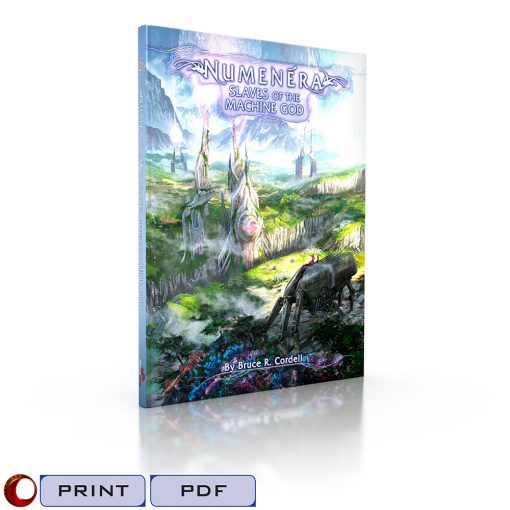 Slaves of the Machine God

A failed assassination by the Amber Pope. An ancient army awaiting activation. Sixteen adventures in two exciting campaigns to interweave, run separately, or use as standalone adventures—all in a 144-page hardcover, complete with a double-sided poster map.

Relics of the Machine: A bandit. A hermit. A mercenary. Five “fallen angels” hold divine keys to unlock a force the Ninth World has never seen—a force that could topple cities, nations, and even the Amber Papacy itself. An insane delve has almost everything he needs to unleash an ancient automaton army upon the Ninth World. Can the PCs find the five keys before he unlocks disaster? 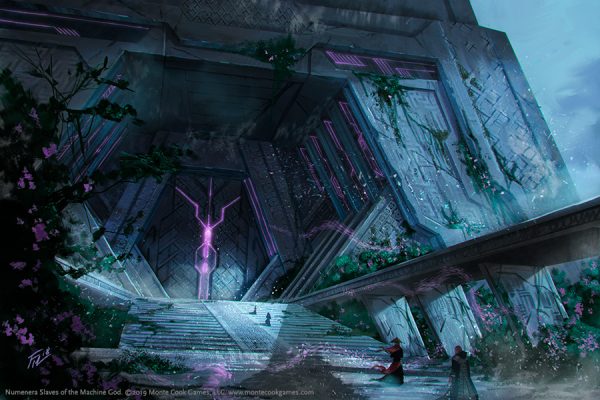 Amber Keep: The Amber Gleaners are a loose network of scholars, explorers, and other travelers. When one of their waystations is found burned and deserted, the PCs are commissioned to track down the cause. Demon-worshipping abhumans, a rip in reality, and the strange “dusky pox” all lie in wait—but success will save the waystation and perhaps build a whole new outpost of civilization. 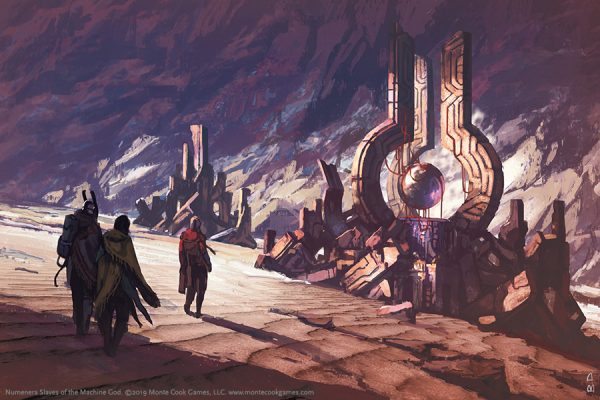 The 144-page hardcover (plus poster map) Slaves of the Machine God contains two story arcs in eight parts each. They interweave to create a rich, multithemed campaign, or you can run them separately as two multiadventure mini-campaigns. Most of the parts also work well as standalone adventures, giving you a dozen full-sized adventures you can insert into any ongoing campaign. 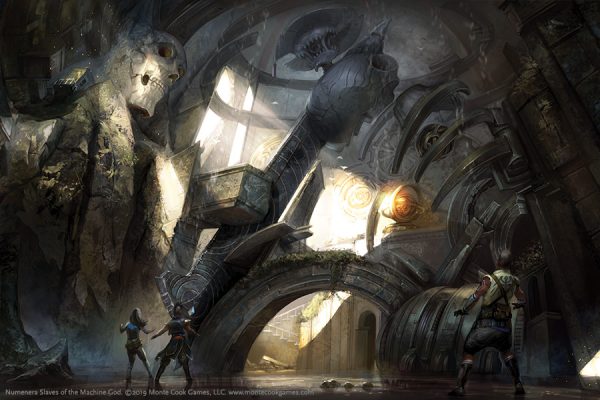