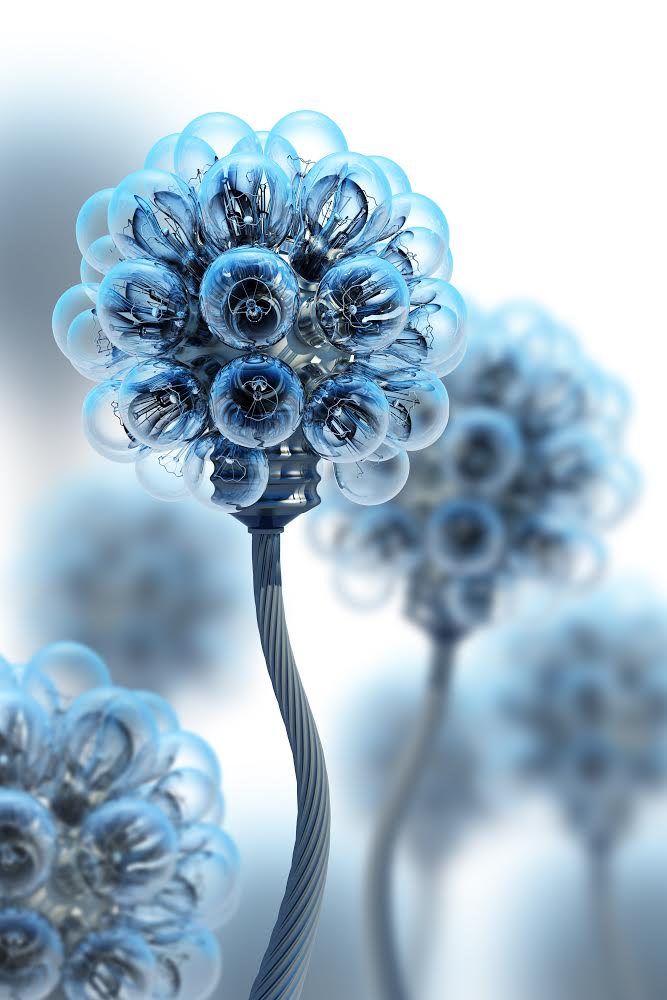 This post gives you a look between the covers of the forthcoming Into the Outside sourcebook for Numenera. Into the Outside comes out in 2016, but you can pre-order it through the Into the Ninth World Kickstarter, running through September 9th.

We’ve previously provided short previews of Into the Night and Into The Deep. Into the Night is completely written, which made writing a preview easy. Into the Deep has only just entered the initial writing phase, but thanks to an early art request, we have in hand several pieces of fabulous art to help inspire design.

In contrast, this page represents the very first foray into design for Into the Outside. So sit back and enjoy a brief overview of the Brax, transdimesional creatures who grow and tend dimensions like Ninth World farmers tend fruit trees.

Aeon priests know of higher dimensions, alternate worlds, and curled-up planes of existence that are not normally experienced by characters of the Ninth World. Several of these dimensions are large (maybe infinite). Others are in motion and only rarely intersect the world. A few are completely artificial. Then there are the dimensions that are born, grow mature, and finally die in the time a human might daydream away an hour. And finally, there are the dimensions which are bred, born, and grown by entities known as the Brax.

The Brax breed and grow artificial dimensions for their overlords, who in turn consume those dimensions like food. These overlords are beings of perhaps boundless complexity that Ninth World characters would find difficulty to comprehend. However, the overlords who ultimately consume a farmed dimension are far different from the Brax who farm them.

When Ninth World characters encounter the Brax in the world, they usually don’t understand they’ve been contacted by an extraplanar intelligence. Instead of realizing that an entity from another dimension has noticed them, most characters who “meet” a Brax believe they have been colonized by a brain parasite. According to local lore, such parasites accumulate where the numenera is thick.

Characters afflicted with these parasites lose Intellect each day and are subject to unsettling hallucinations (of a higher dimensional realm called Sekulan), until they are cured or die. The Brax, for their part, afflict the various races of the Ninth World like parasites not because they wish to harm or feed on minds. It’s because the Brax are seeking ineffable traits culled from the imagination of living creatures to inject into the fledgeling dimensions they tend.

Sometimes a character “afflicted with brain parasites” is pulled out of the world and into the realm the Brax call Sekulan. A Ninth World character in Sekulan briefly exists in a higher dimensional state than is normal for her, and thus her senses waver on the verge of being overwhelmed while she remains. But before that happens, she encounters the Brax as they truly are: Many-legged spheres of light and sound three times the size of a human. A visitor also witnesses the endless fields of fledgeling dimensions being grown like crops on the ends of vast synth stalks like pods on a tree.

When the Brax pull a character completely into Sekulan, it’s almost always accidental. Dimension farmers work to quickly return the intruder back to its home dimension before the Brax overlords become aware of the planar transgression.

Brax encountered in Sekulan: level 5; telepathic within sight; as level 9 for tasks related to knowledge of budding and breeding fledgeling dimensions

Get the PDF with the Book!

Into the Outside comes out in 2016, but you can get a great deal on pre-ordering it through our current Into the Ninth World Kickstarter campaign, running through tomorrow (September 9th). Order the print book at the regular price and get the PDF version as well, along with an exclusive poster map (in print and PDF) and a special PDF supplement. Simply choose the JUST A BOOK backer level.

You may also be interested in the LOVER OF ALL BOOKS level, which offers Into the Outside plus a bunch of our forthcoming Numenera titles, along with twenty-four great stretch goals we’ve already hit (and we’re still adding more!), at an incredible price.

Don’t Forget the Into the Night Free Preview!

Have you downloaded the free preview of Into the Night? We’re still months away from being able to share something like that for Into the Outside, but if you haven’t checked out the Into the Night preview it’s very much worth it. In addition to giving you a great sense of what the Into the Ninth World books are going to be like, it includes content, such as two complete creature descriptions, that you can use in your game right now!