Find Something To Love 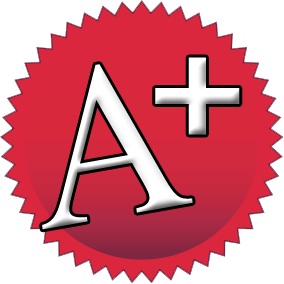 One of the many stories about my dad told more than once this week goes back to when he was mayor of the small town that I grew up in. At the end of his first term, he was up for reelection and his opponent ran a campaign of mischaracterizations, half-truths, and some outright lies. (Yes, for those of you too young to remember, this kind of thing does indeed predate the Internet. And yes, small town politics can be as vicious as even national politics. Sometimes worse.) My dad did not respond in kind, because that was certainly not his way, but he did try to respond to the mischaracterizations and whatnot while keeping a mostly upbeat tone. I was pretty young at the time, but I can remember that it was a trying period to say the least. The eventual election was extremely close. So close, in fact, that the rules required a run-off election. Well, after the negativity and hardship the initial election caused–plus the fact that my dad was far too honest to be an effective long-term politician, and truly hated the job to begin with–my dad pulled out of the race. My mom has a scrapbook filled with the cards and letters people sent after this happened all expressing the same sentiment: they completely understood why he would do it, but they were sad nonetheless that it had to be that way.

This story of negativity got me thinking of the A+ campaign that I did last year. Tired of the negativity that I saw online, I pledged that for the month of August, I would only be positive on the Internet. And I encouraged people to join me. If only to–in a very small way–raise awareness of all the negativity that is out there and the effects it has on our lives. I didn’t do it this year because I launched a new product in August and I didn’t want to seem like I was trying to keep people from being negative about me or my work! But I did sort of quietly take the pledge myself. I’ll be honest, though: it’s pretty easy for me, because it’s a policy that I mostly try to keep up with all year long.

Focusing on the positive can create unexpected positive effects on your own life. Consider, for example, Steve Sansweet. Steve was a huge Star Wars fan and collector who, through his love and support of Star Wars, gained a reputation as sort of Star Wars’ “number 1 fan,” which eventually led to his getting a job at Lucasfilm. He worked as Director of Content Management and head of Fan Relations for 15 years. He now runs Rancho Obi-Wan, a nonprofit museum that houses the world’s largest collection of Star Wars memorabilia. He’s written sixteen books about Star Wars. Remember that other guy who got famous and respected based solely on his hatred for Star Wars and all the negative things he wrote about it? Yeah, me neither.

Since last August, I’ve seen another great example of the effects of negativity and positivity a bit closer to home. It started back while the Numenera Kickstarter campaign was still going. We’d just signed on Chris West as our cartographer, and he emailed me to ask how much of what he knew about the product he could reveal at that time because the guys doing the Numenera podcast were inquiring about doing an interview with him.

I think my response was something like, “The Numenera what?” There was so much going on at that time, with hundreds of new emails and messages every day, that I wasn’t even aware that there was a Numenera podcast. Three guys had started up a podcast to support the game before the game even existed! David Wilson Brown, Jim Ryan, and Eric Coates liked the what they had heard of Numenera and created Transmissions from the Ninth World. They had tried to contact me, of course, but in the craziness of the Kickstarter, I missed their message.

David went on to create the Ninth World Hub, a fantastic fan site for Numenera as well. Fans have been rallying to this site and now it’s a very active and fun site. Further, because of the attention he got from his support of Numenera, David was contacted by a game publisher in Spain and ended up creating his own publishing company, Extra-Dimensional Publishing, to publish the English language version of their rpg, Adventures in the East Mark.

More than ever, the Internet provides a number of ways to get attention. And one way to get attention online is to find something you don’t like or agree with and squawk about it. Maybe even be snarky about it and get some laughs. But this attention is short-lived and rarely productive.

The lesson here, I think, is that a great way to get useful, long-term, positive attention is to find something you love and support it. It’s harder, because it’s harder to build than to destroy, but I can think of multiple examples of people who have achieved great things by being positive supporters of something they loved. Something they were passionate about. People who focus solely on the negative eventually turn everyone away. I’ve seen it happen again and again.

A+ has never been about loving everything or never having a negative opinion. That would be naive and needlessly Pollyanna-ish. Sometimes it’s valuable to express or hear criticism in all its forms. But A+ is about focusing on the things we love–even as we recognize that we all love different things–and making sure that we talk and think about what we love more than what we don’t.

So this year, I’ve decided that while I’m not going to ask anyone to refrain from negativity, I will ask everyone to join me in focusing on something good. Something we love. My dad was passionate about small business management, farming, fishing, playing pool, and a lot of other things. He could and would talk at length on any number of topics he was enthusiastic about. He also worked hard to build up his community and rarely spent any time focusing on the negative things around him. I hope to follow his example.