A Light in the Darkness

Candles, specially-wrapped gifts, good tidings, and a mysterious man in a large red coat. We’re speaking, of course, of the Invisible Sun festival called the Holidays.

The end of the year finds itself steeped in mystery and magic so deep that it can be felt even in Shadow. While the Grey is indeed a distorted shadow cast by the Actuality, sometimes the truth can be seen with greater clarity. Such a time comes during the Holidays.

Everyone in the Actuality knows that magic, mind, and life itself come from the sun. The sun lies at the heart of the universe as well as within the heart of every mortal creature in the form of a soul. All the aspects of color—Silver for beginnings, Indigo for truth, Red for destruction, and so on—are fundamental in both the sun overhead and the sun within. 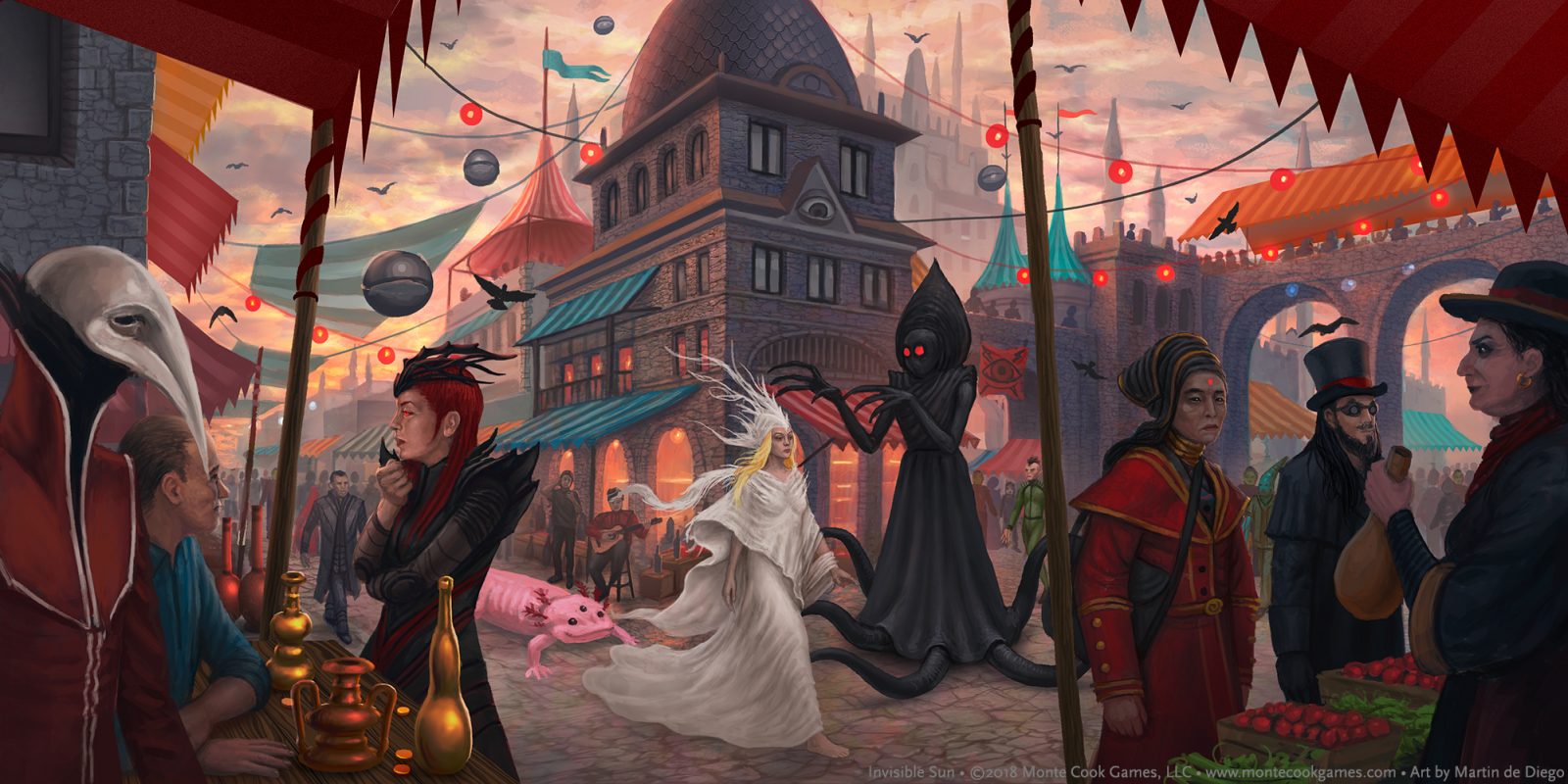 At the end of the year, the sun’s power grows faint, weary with exhaustion. Thus, since the earliest days, people have devoted their own energies into rituals to sustain the sun to ensure its renewal and return. Eventually the festival known simply as the Holidays, centered around the year’s shortest day, grew out of these rituals. There may be many holidays in the Actuality, weird and wonderful, but the Holidays are truly special. It is a time when people recognize the cycle of life, the importance of connection, and the importance of the sun (both within and without). Most give gifts to loved ones and seek to display a generosity and warmth of spirit. 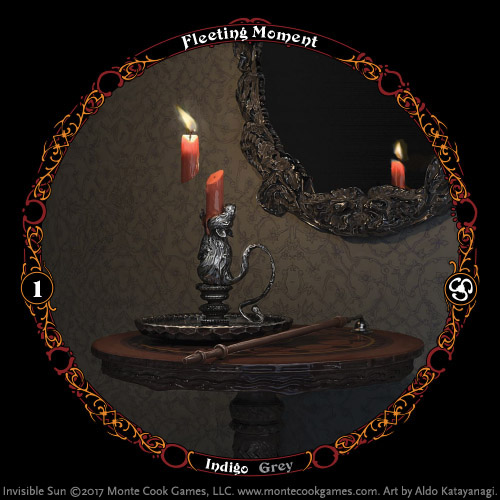 The patron of the Holidays is an august being of vast magic, responsible in part in rekindling the sun and setting it on its path toward majesty once again. He takes the form of a giant draped in a flowing red coat. The exterior of this coat shows intricate and sophisticated embroidery representing art and culture but the interior is lined with the fur of ancient savagery and menace. The head of a white bear hangs down from each cuff and from beneath the hem drip shredded white pelts still bearing claws. He wears his long white hair and beard in careful braids, but woven with the antlers of eight northern deer forming an imposing halo of menace around a face that can show great joy, or terrible, smoldering danger.

This being is the Nikalaus. The Saint of the Solstice. He is the keeper of the light in the time of greatest darkness, and thus a dichotomy himself in every way. In the waning, tenebrous moments of the year, the Nikalaus can grant wishes, but first he brings judgement. While those deserving of his generosity are never disappointed, those found wanting may be carried away by shadowy spirits at his command. Though he speaks in a bellowing voice, he prefers to communicate in simple signs and gestures, ancient in origin.

During the Holidays, join the other vislae and light a candle for the Nikalaus in the darkest moments of the darkest day of the year. Dwell upon the meanings of all the suns upon the path. As within, so without. 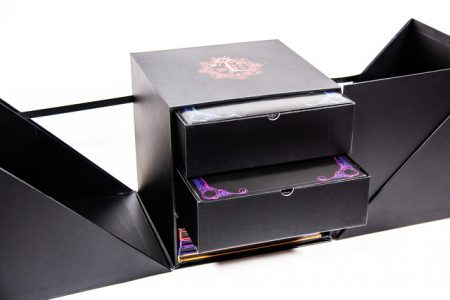 Good things come in strange packaging. Get in on the great deals from the Invisible Sun reprint Kickstarter by preordering now.