Assault on Singularity Base 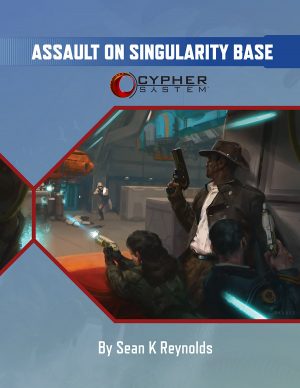 The Empress Tahali V, leader of the Grand Imperium, controls the galaxy with her countless legions of Imperium troopers. Clad in glistening silver armor marked with her griffon symbol, the Empress’s troopers patrol the streets of every Imperial city. But a ragtag band of rebels fights against the Imperium, their determination, bravery, and skill making up for their lack of numbers and supplies.

The rebels have recently discovered that the Grand Imperium is creating a superweapon that can destroy an entire star system. Rebel spies have tracked a prototype of this superweapon to an Imperium base—called Singularity Base— on a remote swamp world. Your group is one of six rebel teams attacking in a coordinated but desperate assault. Each team has its own objective, contributing toward the common goal of eliminating the superweapon prototype. 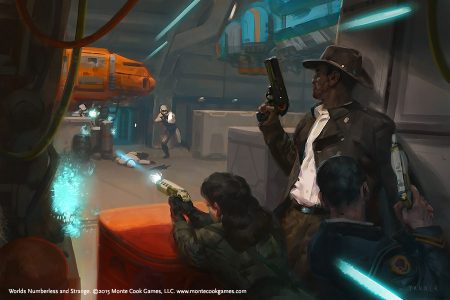 Assault on Singularity Base is a unique adventure that pits not one, but six groups of PCs against the Imperial forces. Run it as a mega-event with as many as 36 players and seven GMs, or choose any of the individual team missions to run for a single gaming group. This 28-page adventure was written for and debuted as the official GenCon 2016 Cypher System event, and plays great as a stand-alone scenario or as part of an ongoing space opera campaign.

Assault on Singularity Base
By Sean K. Reynolds
PDF only
$4.99