You’re reading this thanks to David Bowie.

You see, this website, and the company that it supports, wouldn’t exist without Bowie. I’d very likely be doing something entirely different, and wouldn’t have an ongoing RPG design career. I would never have started Monte Cook Games.

It seems strange to be mourning the death of someone I never knew. Never met. Never saw live in the flesh. A real, living human passed away from cancer, and that in and of itself is a tragedy, but an all-too common one. But that’s not what I’m writing about here. 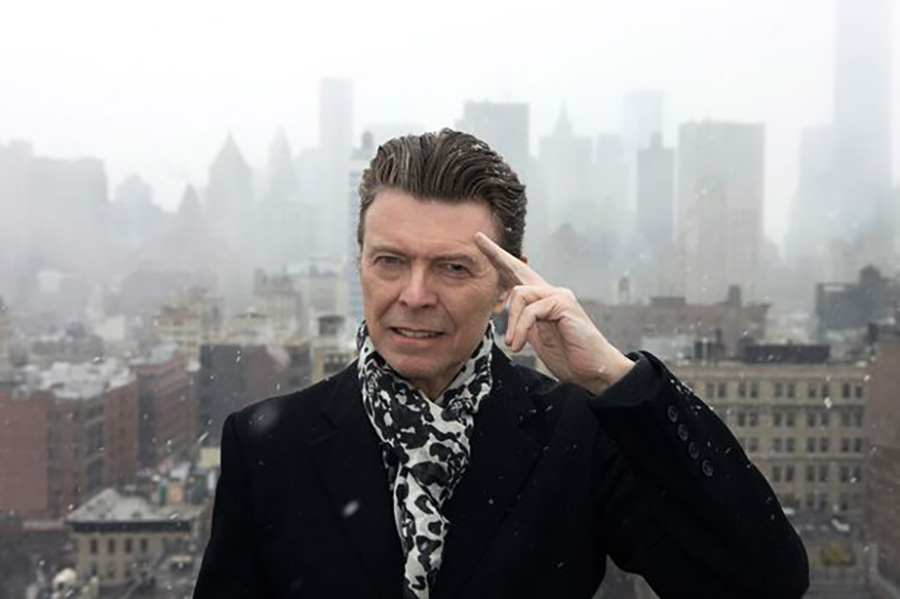 You’ve likely already read a number of wonderful tributes to the man. People have written wonderful personal essays about how his lifestyle showed us that we could just be who we are, and it doesn’t matter what anyone else thinks. About how his music inspired them in so many ways.

This isn’t that. Not really, anyway.

I’m not going to delve into which was my favorite song or album (I couldn’t choose anyway). I’m not going to quote lyrics that were meaningful to me. Those are all wonderful discussions to have, and have many times over, because he filled the world with a wealth of music and poetry that is both deep and wide. But as I said, this isn’t that. This is a reflection on his influence on me as a creator.

My initial reaction to Bowie’s passing wasn’t one of sadness, but of shock. Utter shock. Disbelief… no, more than that: it wasn’t that I couldn’t believe it happened, it was that on some very fundamental level, it made no sense. I couldn’t comprehend it. Even with (almost) 48 years on this planet, even with having lived through the deaths of people that were very close to me, I never even considered the possibility that someone like David Bowie might not be around anymore. You see, I didn’t know the actual man. I didn’t avidly follow his personal life. I loved much of his work, but I wouldn’t have named him as my favorite performer. Don’t get me wrong, I loved his music, but there are musicians and artists that I enjoyed even more.

However. And to me, this is a big “however.”

To me, David Bowie was an icon of creativity. I don’t say that to diminish him (because of course he was a human being), but to try to put into words one of the ways in which he meant so much to me. To me, he represented the very soul of creativity, and I do not say that lightly. As someone whose entire life is centered around creation and ideas, Bowie was the ultimate creator. Never mind that I write games and fiction and he created music (and film, and so much more). If we look at the act of creation as a broad, encompassing category, it’s easy for me to see kindred spirits in all sorts of creative endeavors. But Bowie’s not a kindred spirit in that way—he’s a god.

You see, having known from a very early age that I wanted to be a writer, and having spent all my adult life as a writer, I’ve been confronted time and again by people and ideas that would, if they could, put up barriers to that career and that life. If you’re an artist of any kind, or even just want to be one, people (often in the guise of being helpful) tell you all sorts of terrible things.

Every time I was presented with one of these ideas, I was able to refute them with two words: David. Bowie.

Bowie didn’t follow trends, he created them. He did exactly what he wanted, and presented himself exactly as he was. And when he changed, he allowed himself and his work to change and if people couldn’t keep up, or didn’t like it as much as what had come before? Oh well.

He epitomizes a truth and sincerity in creativity—and that truth is being true to yourself. Even if you look at the Let’s Dance era of his career as selling out, he “sold out” in a precisely intentional and carefully-planned manner, because that’s what he wanted to do. Arguably, he took on the style of so many artists popular at the time, but who were in truth influenced by him. And then he showed them that he could do them one better. And then, to top it all off, he committed the unforgivable sin of disavowing much of that work, completely embracing a whole new type of music in the ’90s, reinventing himself once again as his tastes had moved on. Because people change. You can almost imagine him saying to himself, “I want to experiment with music and fashion.” And he did. “I want to rock.” Again, he did. “I want to be a pop star.” And he was. “I want to create something really dark.” And he did. “What if I give electronica a try?” And so on. He kept changing—sometimes adopting whole new personas to showcase just how different each new phase was.

I have seen a lot of comments over the years (and in particular the last 24 hours) where people state that they like one era of Bowie, but not another. “I like Ziggy Stardust, but I hated the ’80s stuff.” “I can’t get into the early material, but really enjoyed the last few albums.” And so on. But is that really so surprising? I’d suggest that it’s not. And I’d add that it’s perfectly fine. Maybe even the way it should be. He was constantly producing new and different material, with each album wildly different from the last. Of course some of it will work for one person and not another. That’s part of his fearless genius. He didn’t rest on his laurels. He didn’t cultivate a fanbase and then just keep producing similar stuff. He showed us that a creator is also a human being, and human beings change. We want to put our celebrities and artists into boxes, neatly categorized. But you know that you’re more complex and ever-changing than that, so why shouldn’t we give our creators the same latitude? At least, that’s the lesson (one lesson of many) that Bowie teaches us.

Perhaps more importantly, this lesson speaks directly to artists and creators. Be who you are. Do what you want. Don’t fit into anyone’s box. Remember that your vision is the important one. Look what David Bowie—fearless, fearless David Bowie—accomplished by doing just that.

This is a man who took on the role of the ultimate outsider and outcast, a space oddity different from everyone around him. And then in a few short years he was the utter epitome of unassailable cool. And yet he was the same man each time. (You could say he made being an outsider cool, but I think it’s even more complex than that.) We all are many people. We have diverse interests and passions. One night you might want to go out to a club. The next day you want to stay at home and play Pandemic. We are all complex.

As a creator, I want to be able to explore as many of those interests and passions as I can in the time I have here on Earth. I’ve no interest in just doing the same thing over and over again, even though I’ve occasionally found success. David Bowie inspired me, very early in my career, to do just that. He showed me that a true creative soul doesn’t have just one idea, he has many. And now I know that he can continue to create and evolve literally until the day he dies.

“How can you leave D&D behind?” “Why don’t you do more Ptolus?” “Why do you keep doing new things?”

It seems appropriate that even as I write this essay (which, I admit, has been difficult and has taken much longer than I thought), I am in the early stages of creating a brand new game, and that it’s a huge risk. It’s like nothing I’ve done before, and I personally believe it’s like nothing you’ve seen before. It’s weird and different and new… and it’s precisely what I want to be doing right now. Only now do I realize that, perhaps more than any project I’ve started before, it’s pretty much a tribute to Ziggy Stardust, Aladdin Sane, the Thin White Duke, and all his other incarnations. I’d like to think some of the concepts of it might even have appealed to him.

It’s still very difficult to accept that he is gone. I’m at just that age where he was already a force when I first started to pay attention to music, so it’s like he’s always been here. I think back to the quote from Changes used at the beginning of The Breakfast Club (a movie very important to my generation) and how even then quoting Bowie was as unimpeachable and unquestionably profound as quoting Shakespeare or the Bible. He wasn’t just another artist—he was David. Bowie. Throughout his 50-year career he managed to be an important voice in every generation. And I’m sure that will continue into the future, because although he is gone, his creations will last… maybe forever.