A handy and beautiful way to store, organize, and use your decks! 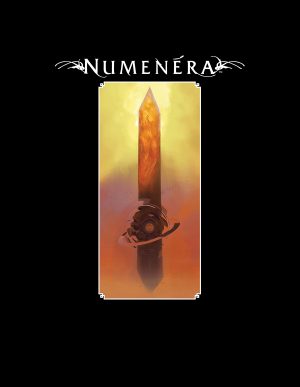 The many Numenera creature, cypher, artifact, ruin, intrusion, and salvage decks are incredibly handy during game prep and at the table. But there are over a dozen of them, and managing them all can be a challenge. If you play our other games, you may also have creature, cypher, NPC, and XP decks for the Cypher System or The Strange. 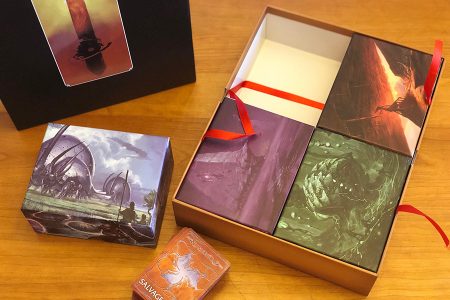 The Numenera Deck Box stores and organizes all your Numenera decks—and then some. The main box fits neatly on your game shelf alongside your RPG books. Within are four separate boxes optimized not just for storage, but also for easy use at the game table. Positionable plastic dividers let you organize the cards as you see fit, while also making them easy to draw and return to the deck. 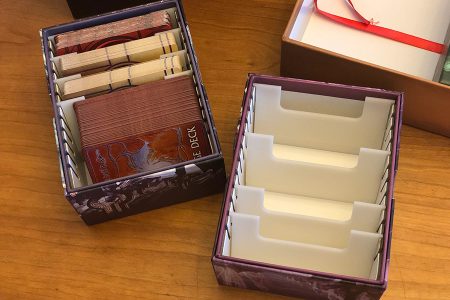 Keep your entire collection in one well-organized place, but take just what you need to game night—the small boxes slip easily into a backpack and take up a modest amount of game-table space. And they’re not just sturdy—they’re stunningly beautiful, too!

Maybe keep all your cypher decks in the green box. Or build custom creature decks, with only the cards you want to draw from, in the orange box. Or put all the decks you use at your Monday night Cypher System campaign in the blue box. However you do it, your cards will be organized, secure, and easy to use—between games and at the game table! 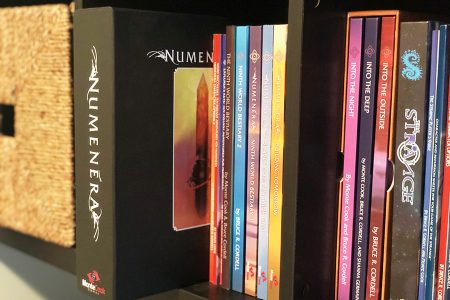