Q-Workshop and Monte Cook Games are excited to announce the release of official licensed Numenera dice! These handsome, high-quality dice, in a fire-amber color derived from the Amber Obelisk that graces the cover of the Numenera roleplaying game, are specially marked for the Cypher System. They bear the numenera symbol on the highest-numbered face of each die, and the d20 includes special markings on the 17, 18, and 19 faces.

The dice set consists of one d20, one d6, and two d10s. Q-Workshop intend to release these dice before the end of the year.

(For those who have seen the limited-run dice offered to backers of the Numenera Kickstarter campaign, these dice, although a different color, are essentially the same. The d20’s 9 and 6 faces have been better marked to differentiate them.) 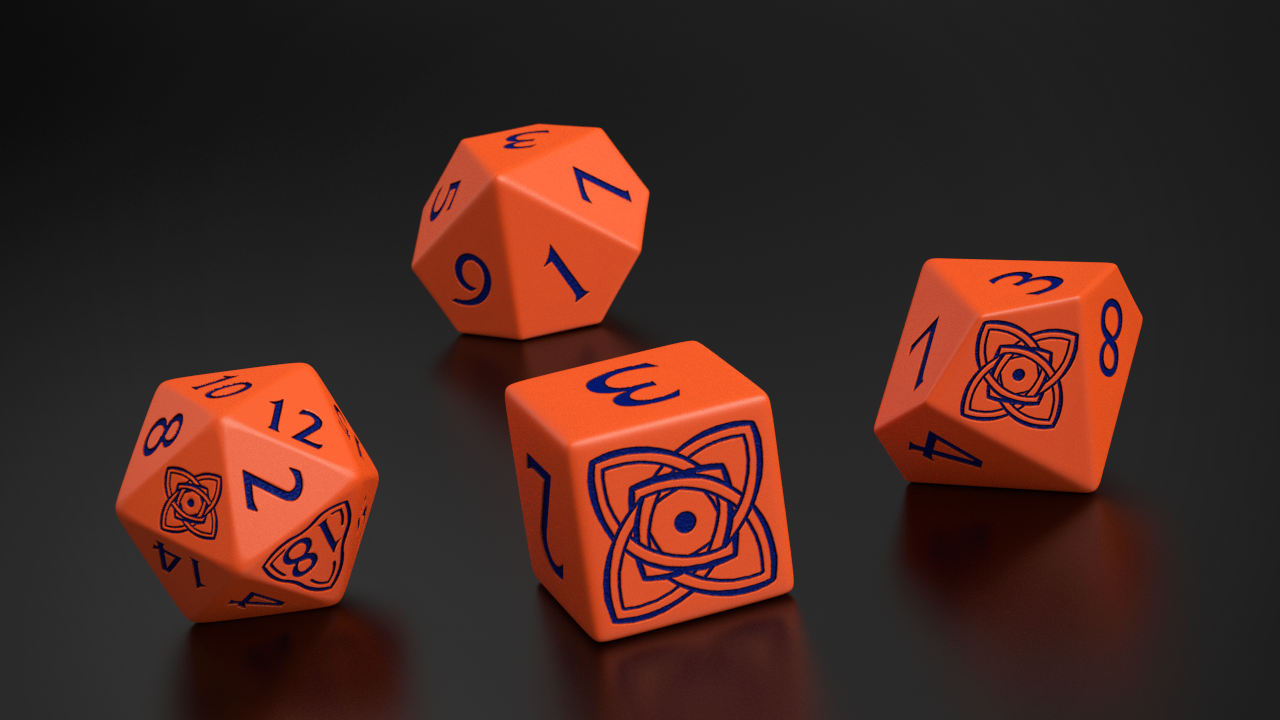 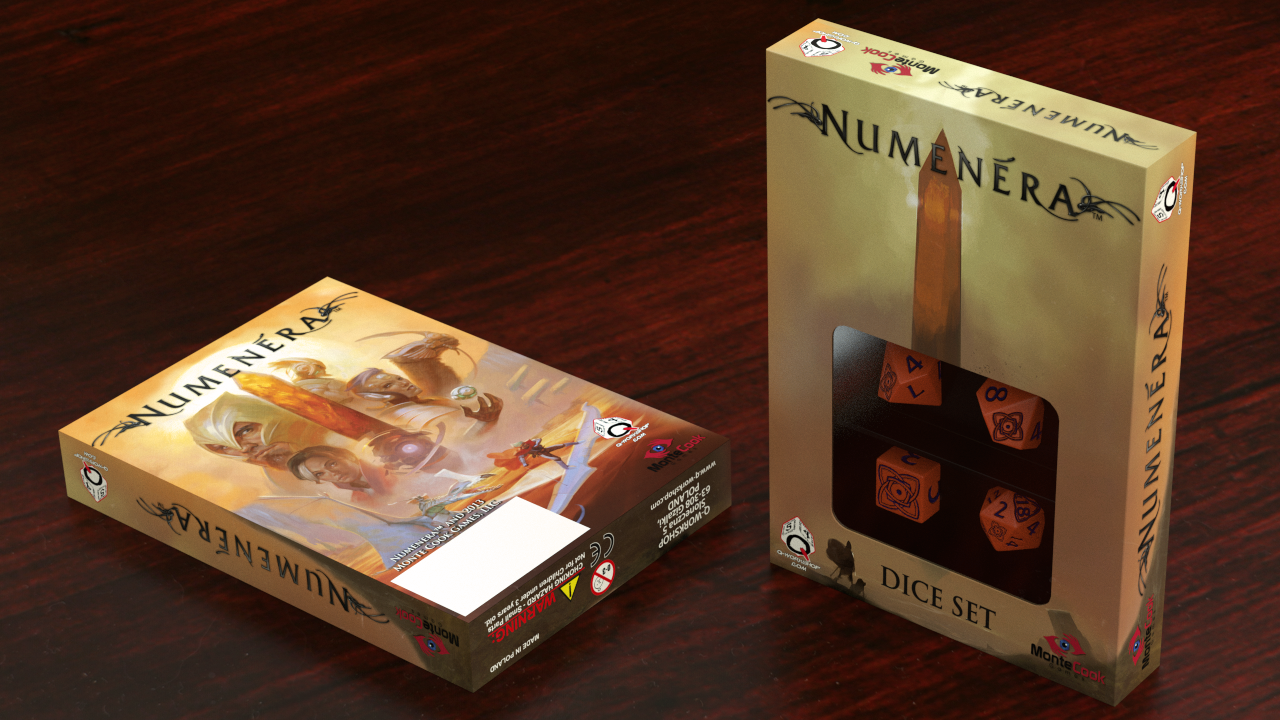