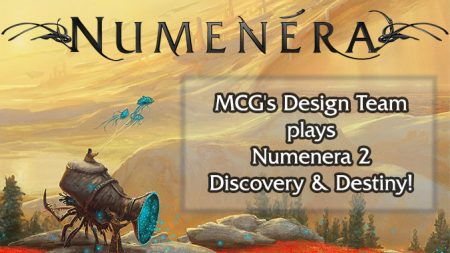 During the adventure, you’ll learn more about the community of Ellomyr and see it—and its inhabitants—through the eyes of the PCs, as it continues to strive toward a better, safer future.

Watch live and chat with other viewers, and you’ll have opportunities to influence the game by spreading the word! During the adventure, you’ll learn more about the community of Ellomyr and see it—and its inhabitants—through the eyes of the PCs, as it continues to strive toward a better, safer future.

There is so much more we’d like to do with the Numenera 2 Kickstarter, but we need your help to reach more people. We think this game will be a great example of what playing Numenera is like, so be sure to invite your friends who haven’t checked it out yet!

Here are the characters you’ll meet: 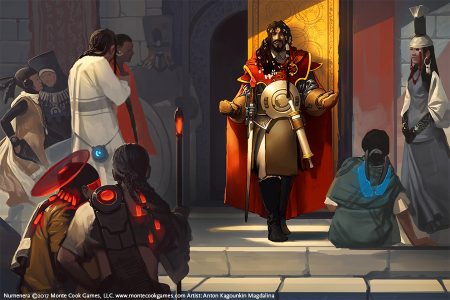 Leading others well is hard, and no one knows this better than Yaron Oralie. “Everyone here is on equal footing,” he’s been known to say, “But when someone’s footing fails them mid-step, I am the one they reach for to catch their balance. As I should be.”

“If you had stronger ambitions, you’d be king or higher,” his mother has been known to say. But Yaron has no desire to be sitting off somewhere on a throne or at a high table. It is the camaraderie that sustains and carries him—helping others see their best self and putting that self wholeheartedly toward the cause.   There’s only one problem. Yaron doesn’t know what cause he believes in lately. He’s feeling adrift and lost, and how can he lead if he can’t find his own way? Who will reach out and right his balance if he falters? 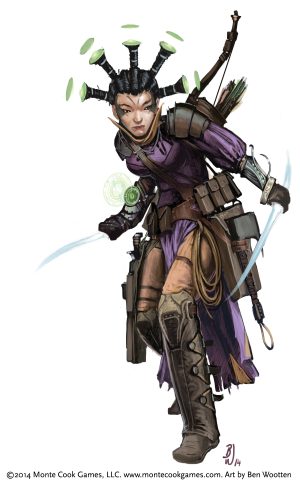 The eldest of Gurner’s granddaughters, Esyllt has lived all her life in Ellomyr. Until recently, she never thought of leaving. Here, she had everything—her friends and family, her partner, her work as a shopkeeper. Sure, she was a little bored with the day-to-day but she was happy.

Now, though, everything’s changed. Her grandfather is gone, and his stories with him. Her home is different—so much bigger, so many new places and faces. And Esyllt? She is different too. In ways that she hasn’t yet begun to explore. Sometimes, she listens to Sunal and the other newcomers talk about where they’ve been and what they’ve done, and this new part of her aches to join them, to become a her she’s never known. 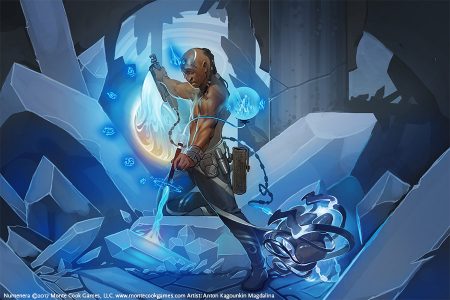 Sunal came to Ellomyr recently with his sister Ghela, as part of the influx of new people coming to help. He learned to explore ruins when he was just a child, at the side of his parents and two older siblings. Although most of his family is gone now, he and Ghela have continued the family business of diving into ruins and using or selling what they find.

Now Ghela wants to settle down in Ellomyr, craft a different kind of life. Sunal isn’t so sure. He feels most alive when he is entering the dark, unexplored places of the world, uncovering materials that will become something greater than themselves. Who would he be if he wasn’t delving into the world’s wild places of the past? 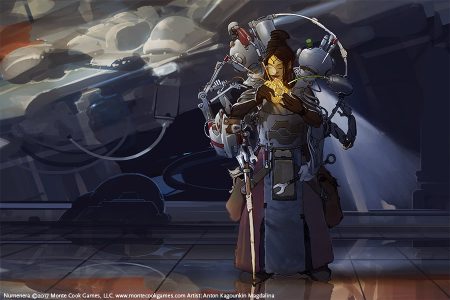 Ghela loves Ellomyr. Never before has a place felt so much like… well, home. Her whole life she’s moved on and on, built tiny, portable devices designed for taking apart, things streamlined to be carried into places that are dark and cramped and dangerous. Now she has the chance to build big things, stationary things that might save a life or call for help. Devices she couldn’t dream of making alone and on the move. But here, in this community, those dreams could become reality.

She doesn’t want to send her brother out to delve alone—they’ve lost so many of their family that way already—but the pull of Ellomyr is strong, and grows stronger for Ghela with each passing day. 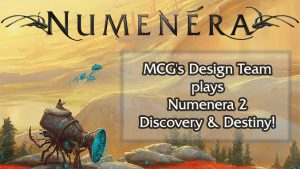 Tune in this Thursday, 10/19, at 5pm PT for the live Twitch game with these characters played by the MCG Design Team! 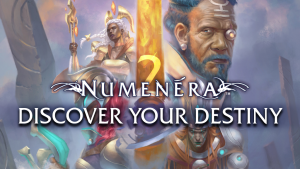 In the meantime, back the Numenera 2 Kickstarter to get exclusive content, like The Trilling Shard sourcebook, and participate in the ongoing narrative of Ellomyr and its inhabitants.

This entry was posted in Events & Appearances. Bookmark the permalink.