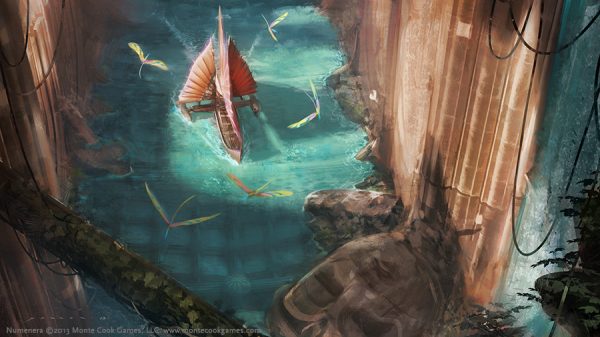 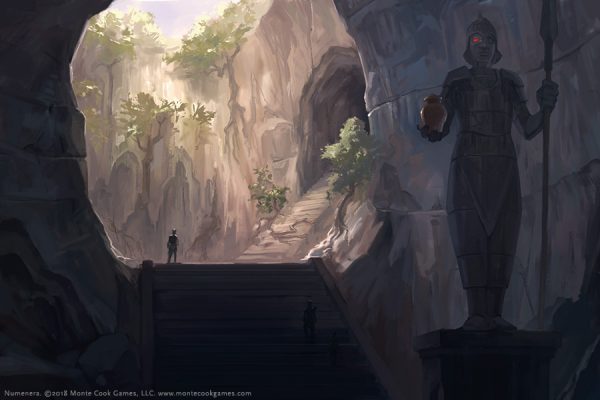 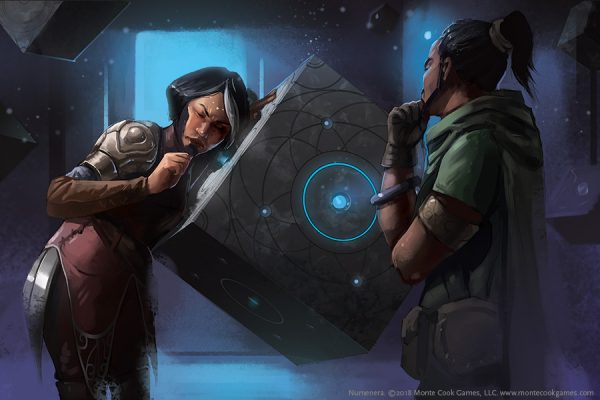 Beneath the Monolith brings the wondrous Ninth World your Fifth Edition game.

Arcana of the Ancients will help you get the most of this book. It contains loads of cyphers, artifacts, creatures, and additional content that brings a Ninth World campaign to life, along with great advice and information on running weird science-fantasy games in 5e.