Return of the Ebon Hand

Chaotic transformation hints at the re-emergence of a festering evil. . .

Or so it was thought.

Echoes of transformative chaos have been leaching into the Guildsman District. Among the effects is the appearance of the Reborn, a gang of long-dead criminals now brought back to a twisted form of life. The Reborn are settling old grudges by attacking prominent citizens of Ptolus. Ending their depredations—and the reemerging cult itself—will take the PCs deep into the shadowed depths of Ghul’s Labyrinth and to the borders of insanity itself. 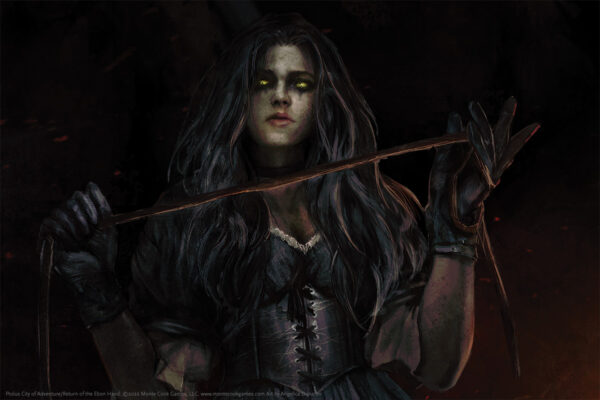 Return of the Ebon Hand is a hefty standalone adventure set in Ptolus. It assumes that the original cult’s activities, as described in Ptolus: Monte Cook’s City by the Spire, have been brought to an end—and if the PCs were the ones who did so, it works well as a sequel to those events. It can also be run without PC involvement in the prior destruction of the cult. The adventure is suitable for 5e characters of roughly 6th level, or Cypher System characters of roughly third tier, and can be easily adjusted upward or downward in difficulty. 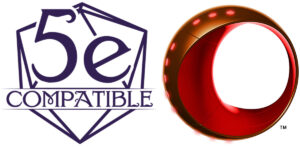 Return of the Ebon Hand includes the bonus adventure Grip of the Ebon Hand. This scenario builds a short one-shot adventure from material about the Ebon Hand in Ptolus: Monte Cook’s City by the Spire. It was originally created for use at Gen Con 2006, and was the first-ever Ptolus scenario run at a public event. It’s included in this product, updated for 5e and Cypher System.