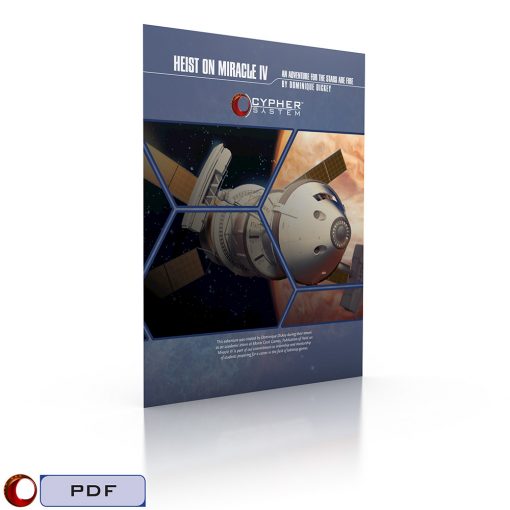 Your wealthy patron is convinced that evidence of alien intelligence has been uncovered on the research station Miracle IV, and she’s paying you handsomely to retrieve it. But the station’s staff has been replaced with synths, and its AI has some surprising tricks up its sleeve. And it soon becomes clear: whatever’s been discovered at Miracle IV, it may be even bigger than alien intelligence. With mere hours to pull off the caper, can you and your associates uncover the truth—and make it off Miracle IV alive?

This adventure was created by Dominique Dickey during their tenure as an academic intern at Monte Cook Games. Publication of Heist on Miracle IV is part of our commitment to internship and mentorship of students preparing for a career in the field of tabletop games.