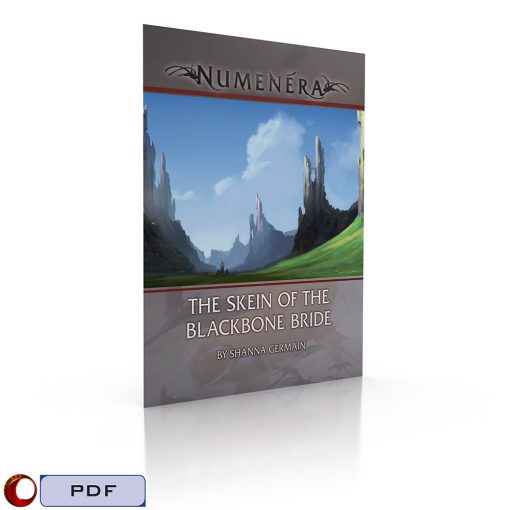 Skein of the Blackbone Bride

A Simple Mission into the Black Riage. . .

“No cypher unturned.” That’s the motto of the Slying Seskiis, a group whose members can hunt down, break down, or recover anything or anyone from anywhere. Traveling into the Black Riage to bring home the body of a wealthy patron’s deceased daughter is almost beneath your skills. But perhaps there’s more to this commission than meets the eye?

Skein of the Blackbone Bride introduces a new organization to the Ninth World, the Slying Seskiis, and includes six pre-generated characters that are members of this group. This 14-page adventure was run in official GenCon 2016 Numenera events, and plays great as a stand-alone scenario or as part of an ongoing campaign.