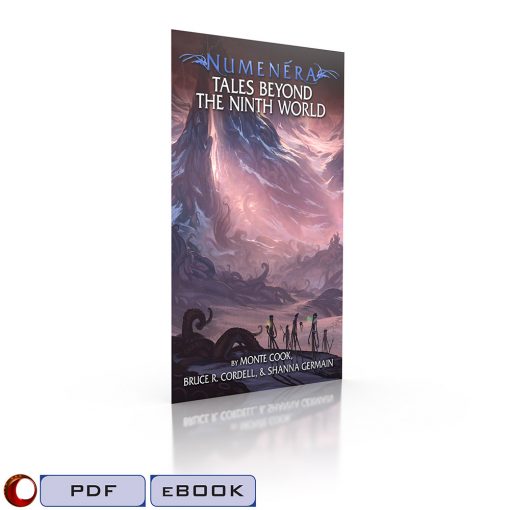 Tales Beyond the Ninth World (PDF)

What Wonders Lie Beyond Earthly Boundaries?

An ancient vessel sailing the darkness of night encounters a demon of the void. A distraught mother seeks her dead child in a parallel dimension where that death never took place. A tomb robber raids an ancient ship, and must overcome the ocean’s watery pull—and the dark shadows of her own expectations.

The wonders of the Ninth World—our Earth, a billion years in the future—aren’t bounded by worldly shores. The ancients built their empires into the seas, the stars, and even into other realities. Go beyond the Ninth World’s shores in Tales Beyond the Ninth World, an anthology of three short stories set in the evocative universe of Monte Cook’s Numenera roleplaying game.

Your purchase includes this book in PDF, MOBI, and EPUB formats.