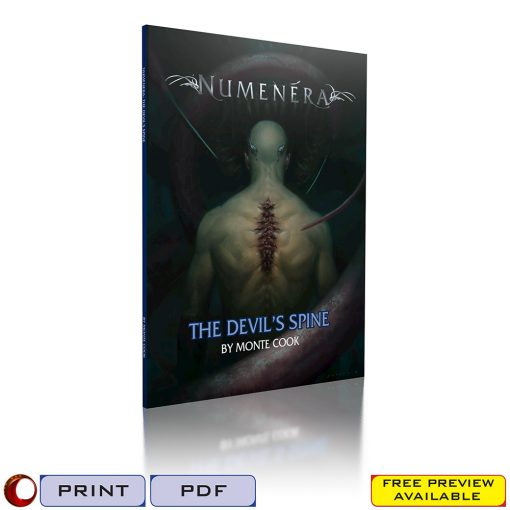 Three lengthy adventures wrapped in a thrilling frame story with a life-and-death twist!

It begins simply enough. Doesn’t it always? A nobleman’s estate needs tending in his absence. But what secrets lurk in its shadows? What deals has this man made with whispered voices in that darkness? And once such a discovery is made, can it be undone?

The Devil’s Spine wraps three distinct adventures in a thrilling, hard-driving frame story. The terrifying devil’s spine graft will claim a life, and the clock is ticking. Removing it will send the characters to the depths of the Mechanized Tomb, into a web of Viral Transmissions, and ultimately off the corebook map and into uncharted territory when they go Beyond the Maelstrom. 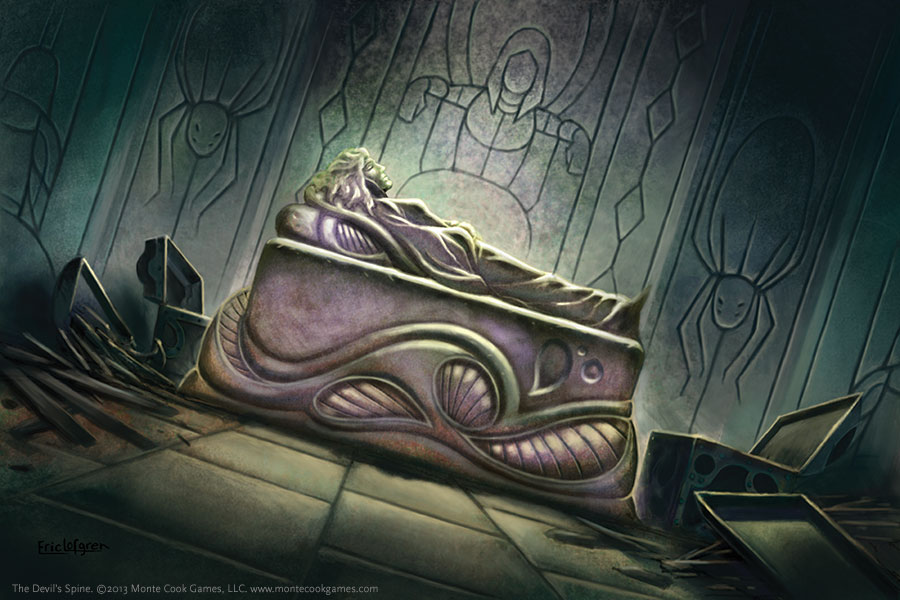 Run these adventures (in any order) as a mini-campaign, or ignore the frame story and use them as standalone adventures. They give gaming groups a taste of the fantastic Numenera setting and showcase the narrative structure of the game and its evocative world. The product also contains 16 full-color illustrations to show to players to illustrate important and evocative encounters. You’ll want to get (and run) this adventure for the amazing art alone!

In addition to introducing new territories not covered in the Numenera corebook, The Devil’s Spine also offers new creatures, characters, and items to add to any campaign. 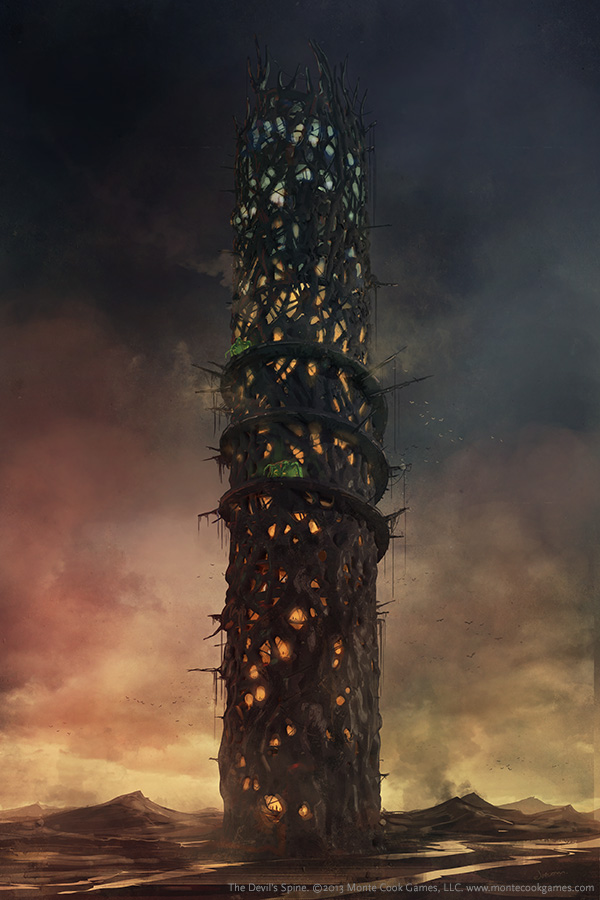