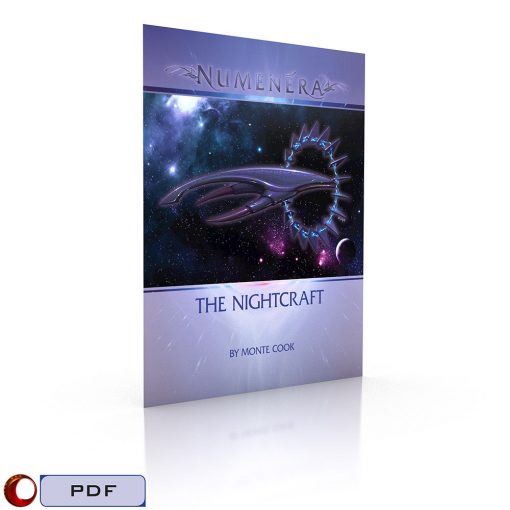 A Ride Into the Night

Aeon Priests speculate that at some time in the distant past, the Earth was the hub of an empire that spanned the vastness of space. At such a time in the dim recesses of the prior worlds, numenera craft of all varieties crossed the gulfs and came here, or flew from Earth out into the night. Some of these craft remain in the Ninth World, lost deep within ancient ruins, buried beneath the ground, or submerged under the sea.

The Nightcraft, as it is called, is one such vehicle. Although its existence is not well known, a few numenera experts have long speculated that the ship can be used to travel into the void beyond the edges of the world. And they are right.

Mentioned in Into the Night, the Nightcraft is ideally suited to serve as a vessel and base of operations for midnight pilgrims. This supplement focuses on that vessel, giving you more details on its design and contents, new maps and illustrations, and ideas for using the Nightcraft in your campaign.