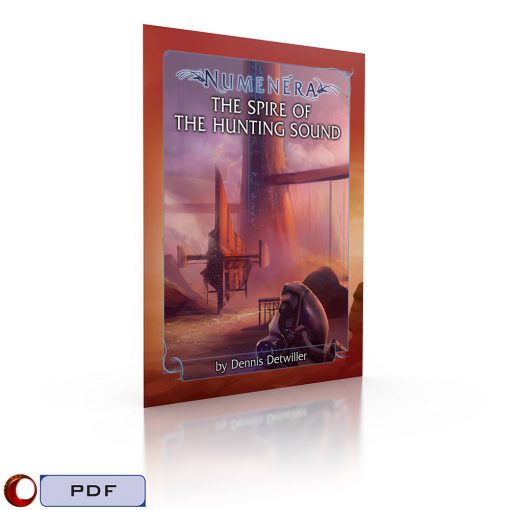 A roiling green desert haunted by invisible beasts. A game that consumes those that play. Faceless automatons from another world, and a tower of living sound. The characters have survived the hijacking of the airship Aelestrian, but can they survive the unknown reaches of the Ninth World in which they find themselves?

The Spire of the Hunting Sound was the 2017 Free RPG Day adventure for Numenera.