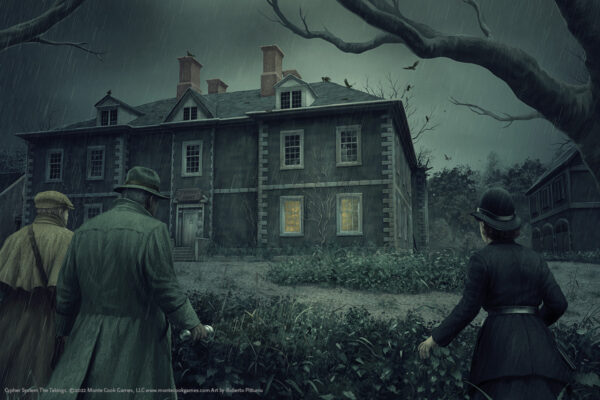 It is 1921. Three young men have disappeared from a rural village in Devon. Authorities are called in, but the villagers have their own theory: a local myth tells of a vampire that, every few decades, steals away three young people. Is there any truth to the myth, or is something more mundane at work? And what does it all have to do with Creston Grange, the local manor house, now standing derelict and rumored to be one of the most haunted sites in England?

This 32-page adventure was run in official 2022 Cypher System events at Gen Con and Gamehole Con, and was specifically designed to give the GM a range of encounters that allow the adventure to play out differently each time it’s run. It’s a great stand-alone scenario, or launch point of an ongoing horror campaign, for new or experienced Cypher System players. Six pre-generated characters are included, so you have everything you need to play!