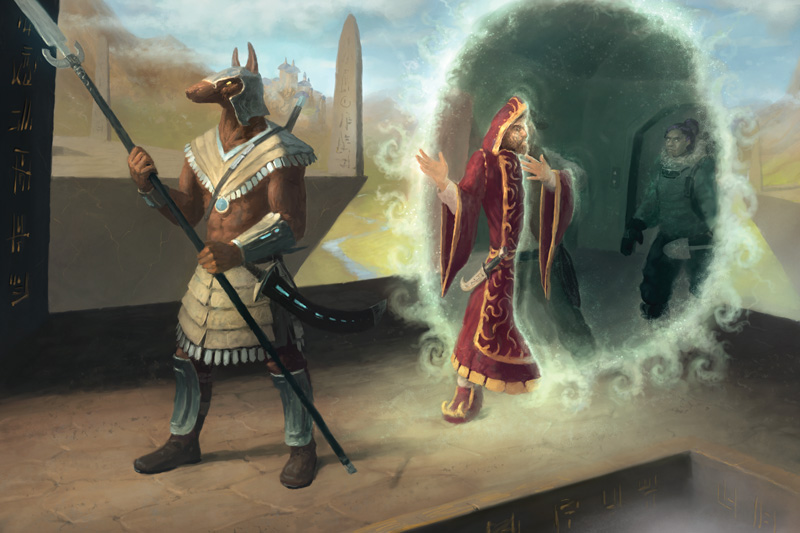 This is the fourth in a series of articles introducing The Strange. You can read the first one here.

The Strange is an alien data network that hosts myriad worlds, and PCs are explorers who travel to these recursions as a part of their various missions or goals. Such explorers are often called recursors, and many of them work for one of the various organizations interested in the Strange, such as the Earth-based group called the Estate, or the more secretive (and sinister?) group called the September Project.

Getting from one recursion to another is a process called translation, and it involves inhabiting an entirely new form with different capabilities and gear. In a given scenario, the characters might travel to multiple worlds to accomplish what they need to, discover secrets, or confront foes. They can also capitalize on the equipment and abilities they have in different recursions to solve problems and perform necessary tasks.

Translation is a process not unlike teleportation, except that upon arrival in the new location, the recursors take on the context of the world around them. An agent from Earth arriving in the magical recursion of Ardeyn no longer has her sidearm and stealthsuit, but maybe instead a sword, a shield, and some chainmail. Translation can also involve even more drastic changes–a character might change appearance, gender, or race as well as possessions and clothing. And the changes are mental as well as physical. Because our Earth agent translates and becomes a new being in the context of Ardeyn, she knows a few things about Ardeyn inherently, like how to speak the predominant language, where the largest city lies, who the ruler is, and so on.

The process of translation even affects character abilities. If you’re already familiar with Numenera (or you’ve read this article), you know that characters have a descriptor, a type, and a focus. When a character translates, his focus changes to one more appropriate to the recursion. So while our agent might be good with guns on Earth (so she has the Has a License to Carry focus), when she goes to Ardeyn she might have a focus like Slays Dragons or Practices Soul Sorcery. 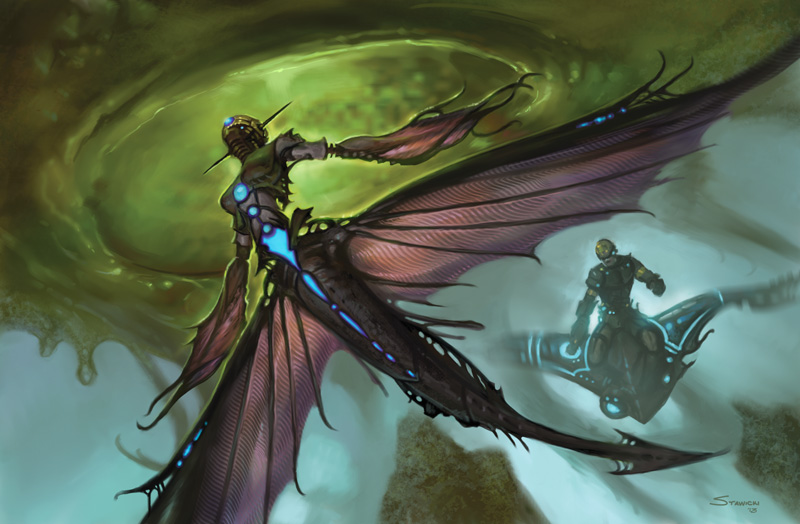 Players who don’t want to have their abilities change can avoid doing so by choosing a starting focus that is “draggable,” meaning that they can “drag” their focus with them when they go to a new recursion.

Recursors are quickened, which means that they have a special connection with the Strange. One of the ways that this manifests is translation itself. Translation is a power that all PCs have from the start of the game, so the players are in control of when and where they go. Successful translation is difficult, however, usually taking some knowledge or research and a fair bit of time concentrating. Perhaps most interesting, it is best when performed by a group, with each character bringing a different strength to the process making it faster, easier, or less taxing to those involved.

While translation is a bit like teleportion, it’s not really a get-out-of-jail-free card. It only works between recursions (or between Earth and a recursion), and if you leave and come back, you generally return to the same spot you originally left. Once you have made the choices of how to fit into a recursion’s context, those choices remain. So the Earth agent in Ardeyn who is injured and imprisoned in a deep dungeon might be able to translate out of it (if the foolish wardens took no magical precautions against such a thing), but if she ever returns to Ardeyn, it’s back in the same form and the same dank cell she left.

It’s probably worth mentioning that characters will sometimes travel to a new recursion by means other than translation. They may, for example, step through a gate. In such a case, if the gate is an inapposite gate, no translation occurs. So the Earth agent is still carrying her handgun in her holster even though she’s in Ardeyn, although it won’t necessarily work there for very long, as the magic-focused laws of the recursion take hold of it. She also has no special knowledge of Ardeyn, and her focus remains the same as it was, which may be a good thing or a bad thing, depending on the situation…