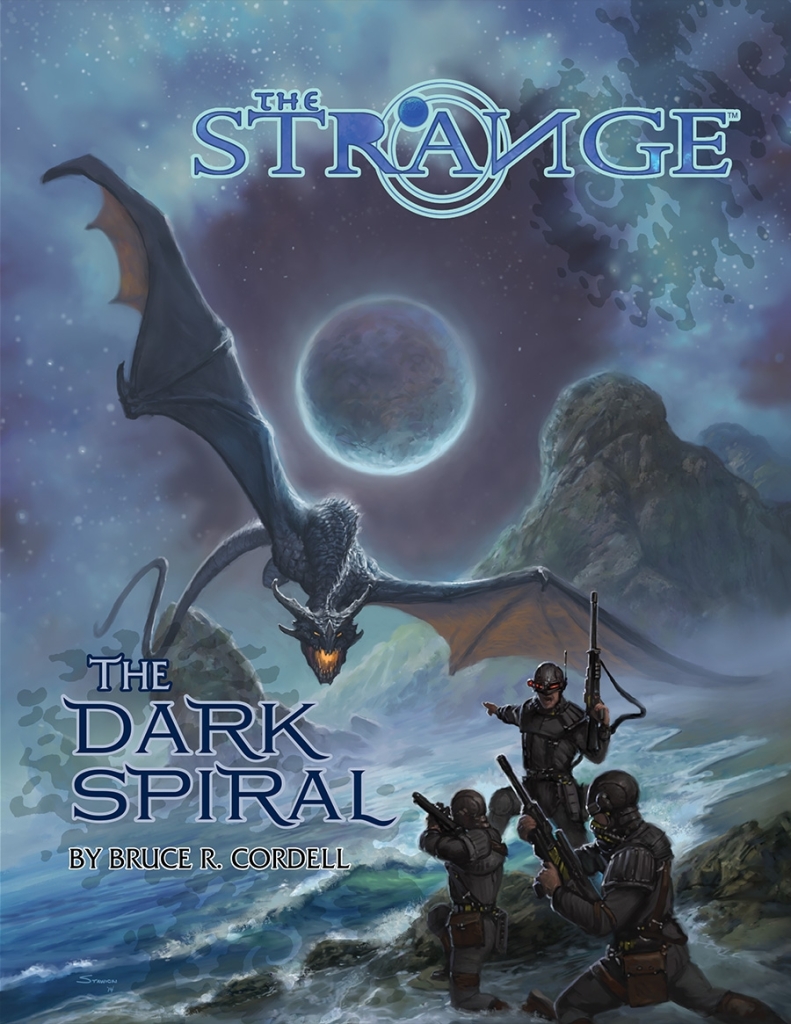 When I was hired by TSR in 1995, it was like a dream job. In fact, it was a dream job, even though things didn’t work out as I’d expected. Instead of coding a D&D-branded MUD as I’d been hired to do, I was asked to write a paper and pencil 96-page adventure with the working title Gates of Firestorm Peak.

Well, I got to work on it. I sketched out my thoughts and ideas for the adventure using one of the many yellow legal pads I had lying around. (I had extra legal pads thanks to being on my high school debate squad, despite ten years having passed since that time.) After working just three months on “Gates” I was asked to write a new project, working title Return to the Tomb of Horrors. Again, I had lots of space left on empty legal pads, so I used them for concepting work. Both of those products seemed to do well.

Fast forward several years. I continued to write adventures (and other products, of course), but for some reason I fell out of the habit of using yellow legal pads. There are many possible reasons, but I’m guessing the main culprit has to do with the ever-improving quality of word processing programs on the computer (and now, in the cloud). It became easier to stick with one screen and file structure. It seemed ok; I continued to have success writing adventures, including The Sunless Citadel and Expedition to Castle Ravenloft.

Then I was hired by MCG in 2014. It was like a dream job. It was a dream job, even though things didn’t work out as I’d expected. Instead of leaving Wizards to write a novel, I joined my friend Monte Cook to turn that incipient novel into a game line called The Strange. When the time came to write an adventure for the new game (with the working title The Dark Spiral) I happened to run across my stash of yellow legal pads.

Why not? I thought. Time to get old school with the new adventure. Sitting down and sketching out my ideas and plans on those yellow pages was a wonderful experience, and brought me back to my roots in game and adventure design. Something about mixing visual data with text really gets the ideas flowing.

The adventure was seeded by ideas scattered through The Strange corebook. It starts out small and local, but as each onion layer of story is peeled away by PC investigators, it becomes progressively more global and multidimensional (literally, of course, given the nature of recursions). In the end, as was true for Gates of Firestorm Peak and Return to the Tomb of Horrors, the adventure The Dark Spiral concludes by requiring a journey to a place where fiction itself has only rarely ventured.

Can I thank the mute yellow legal pad for how well The Dark Spiral turned out? Maybe. All I can tell you for sure is that using the old technique on this new adventure felt Strangely right.