Beyond the Book: Recursions—Static or Evolving?

How does time flow in recursions seeded by specific fictions—does a recursion evolve and generate history, like on Earth, or does it remain static, like a novel on a shelf?

The answer is both. Some recursions remain static—true to the narrative that seeded them into the Strange. No matter how often a recursor visits, they never seem to change or vary from the fiction they’re based on. Others evolve, deviate from their original fictional basis, and generate history of their own.

The answer, for 221b Baker Street, depends on whether Sherlock has the spark, and more broadly, how many people in the recursion as a whole have it. The spark is, essentially, self-awareness. On Earth, every intelligent being is self-aware. That’s usually not true in a recursion. Many inhabitants of a recursion are more like puppets or robots, simply fulfilling a function or playing a role. (Inhabitants who become aware of themselves and exert free will and sentience have “gained the spark.”)

Many recursions are filled with shadows—those without the spark who are not really cognizant of anything beyond their own narrative. Such a recursion tends to ‘reset’ even in the face of huge changes wrought by recursors. Even the death of a major resident character such as Sherlock.

However, sometimes recursions split off, if a major narrative character gains the spark (like Moriarty!), or if enough residents gain the spark. When this happens, the recursion can break free of its narrative and begin to move forward, like Ardeyn and Ruk do. 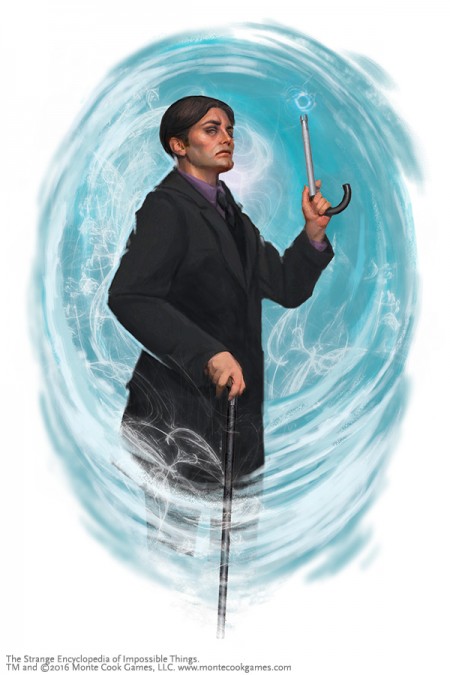 Ultimately, what happens in any given recursion is up to the GM, and his or her assessment of whether a recursion is dominated by shadows or by sufficient numbers of inhabitants with the spark.

This short article was inspired by a question by Andrea Parducci in The Strange RPG community on Google+.