Beyond the Book: Using Skills to Paint a Picture

The storytelling properties of skills are an often-overlooked joy of the Cypher system. While skills are general, focusing on skills unique to a character can take your PC from good to great. Unique skills can give you a better idea of who precisely your character is. Sometimes a type of skill is important only to the character and represents a part of their upbringing, culture, world-view or attitude. It has a narrow use in the world, but illustrates something about them that is unique. 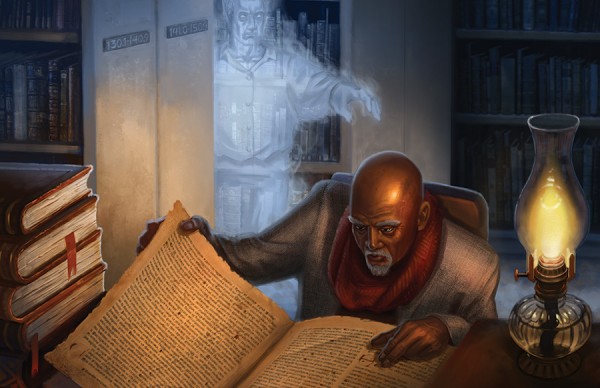 In my Cypher games, I allow these skills to be added in play as the player begins to explore their character. This is a negotiation between the GM and the player, and represents a level of trust and understanding that can generate great storytelling moments.

For instance, giving a specific skill such as Ritualistic Scar Creation to an ex-cannibal who has left his tribe tells a lot, or Origami for an itinerant monk who spent decades meditating in a temple, or even Kit Bashing Electronics for a techie in the modern world. The cannibal might have been a priest in his tribe, and while the monk is clearly patient (folding paper takes some time), it’s just as clear the techie is probably rash, kit-bashing devices together for a short term function. These skills add to the character’s story in two ways: first, they paint an outline of a life before the adventure, and second, they allow the GM unique starting points for odd and fun interactions with the character.

Let’s look at some examples:

The cannibal’s culture insists that for each kill he makes, he must ritualistically scar his skin; and well, those brigands had it coming. But the cannibal is in a civilized area where such practices are shunned and the process involves dancing around a large bonfire with witnesses, not to mention the pain and screaming. How can he pull this off without alerting the world? This tells us two things: he comes from a place where the culture is very different, and still wishes to stick to his beliefs (and it gives us an adventure seed—what if the city watch is alerted?)

The monk creates folded paper sculptures every day as a method of meditation. In town this brings him to paper merchants and other specialists, who perhaps ask after his requests. Soon, his folded paper cranes might be found everywhere that paper is sold—the merchants are all fascinated with the method and art. This tells us several things: the monk is a traveler (he’s gone to many shops) who is perhaps very far from home (no one has ever seen the like of his art before). And second, it gives the GM an “in”—what if an enemy from the monk’s far-off land sees the paper cranes and investigates?

Finally, the techie’s electronic kit-bashing skill allows him to slam together three disparate pieces of tech for a short period to make an untraceable phone call, but the device quickly shorts out and becomes junk. This tells us several things: it’s easy to imagine the techie as a child, ripping open electronics and attempting to puzzle out their uses. Second, where does the techie get the devices he destroys in the pursuit of one-off hackery? Does he steal an old FAX machine from his mom, dumpster dive behind the electronics store, or scrape enough change together to buy the stolen DVD player off the junkie? Each of these represents both a GM “in” as well as a great illustration of just who the techie is.

Skills are a great way for players—and GMs—to paint a clearer picture of who the player characters are or strive to be.