Welcome to Gods of the Fall

If you’ve ever wanted to play a god, Gods of the Fall is for you. It’s a setting in which player characters are more than simple adventurers, heroes, or even villains. Yes, characters in Gods of the Fall go on adventures, are heroic, and possibly even find themselves in the villain’s role if they’re not careful. But in this brand new setting, they can achieve far more: characters can awaken a divine spark! They can claim a dominion and call themselves a god of War, a god the Hunt, a god of Winter, a god of Fire, and more. Player characters can complete divine labors, maybe fulfill a prophecy or two, and eventually, even redeem a world fallen into shadow.

Sound fun? We think so. That’s why we decided to turn the idea into a new setting for the Cypher System.

Gods once watched over the world. Deities of Rain, of Fortune, of War, of Travel, Tricks, and of Death; all resided in their celestial realm called Elanehtar. (pronunciation: eh-LAN-eh-tar)

Then Elanehtar foundered. Burning and crumbling, the realm of the gods dropped from the sky and smashed into the world like a vengeful falling star. Elanehtar shattered into millions of shards that scattered across the world. The mortal kingdom of Cavazel was utterly annihilated in the catastrophe. Other nations and regions survived, but nothing was ever the same again. The gods were dead. And so the world gained a new appellation: The Afterworld.

It’s common knowledge that the pantheon of Elanehtar perished. Zenia, Balakar, Thordin, Aren, Verecocho, Mudarak, Avi, even malefic Samiel, and all the other greater gods, lesser gods, and their many avatars perished when Elanehtar fell. The gods, everyone knows, are gone for good.

So who are these new pretenders claiming to be divine heirs of fallen Elanehtar?

Forty-odd years have elapsed since prayers failed and the heavens fell. If any gods remain, why didn’t they announce their presence before now? Doing so might have saved many lives in the purges brought on by the war-mongering, revenge, and outright madness that swept the Afterworld for decades following Elanehtar’s destruction. But no gods came forward. Two generations grew up in the Afterworld never knowing the divine. They scarcely believe it when their elders describe the existence of gods. Many who were alive before the Fall have purposefully forgotten. 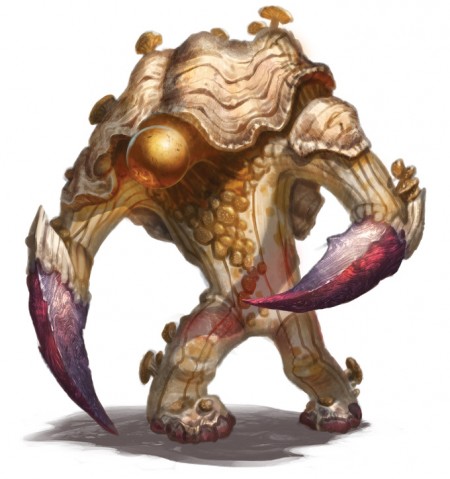 Which is why few give credence to those who’ve lately announced themselves as rising gods. Called charlatans, purveyors of lies and illusions of the basest sort, and petty criminals, these “pretenders” face a bitter and doubtful world. But those with unexplained abilities that hearken back to the gods grow in number and apparent power. It’s clear that something is happening. Whether it’s truly a return of the gods, mass hysteria, or a particularly insidious plot is anyone’s guess. Those who yet recall the old ways say the time of the Seven Prophecies is finally at hand. But not too loud, lest they be tracked down and murdered by Reconciliators.

Gods of the Fall is one of three amazing books offered with the Worlds of the Cypher System Kickstarter, running now through April 1st (no foolin’).