Monte Says: Use Your Passion

Most of us feel passionately about something. Or even many things. Those of us who play roleplaying games, however, often leave that passion behind when we sit down at the game table. There’s a line between real life and imagined that we don’t want to cross.

It doesn’t have to be that way, though. You can use your passion in your game. Let’s take an example that’s on a lot of minds right now: American politics. Many of us are passionate in our feelings, either in our love for a particular candidate, or our hate of one, or both. A Game Master can transport that right into a game. Now, I’m not talking about putting a parody of Donald Trump or Hillary Clinton in your game. (You could get away with that in certain games, but not most.) I’m not even talking about putting a reasonable facsimile of an actual person in your game. What I’m talking about is taking just some quality from one of them and using it to help shape an NPC, or creature, or group. If you think that the real-world person is honest or noble, put that in an NPC you want to portray that way. Think about the specific things that the real-world person would do or say, and why, and think about how that would apply to the NPC’s situation. Or, conversely, if there’s a candidate you hate, think about what makes them distasteful or even despicable to you, and how you can put that one trait into a villain. It’s one thing to say, “this NPC is dishonest,” and then portray that in the game. It’s another to really think about a candidate you think is dishonest, and think about how they twist the truth, and why—what does it get them? How might the NPC do the same thing?

Again—and I can’t stress this enough—if you make it clear that your NPC is directly modeled after a real person, you probably won’t get the response you’re looking for. At best, things will just get silly, and at worst, you’ll create conflicting opinions among the players based on how they feel about the real-world candidate, which has nothing to do with what’s going on in your game. Ultimately, remember this exercise isn’t about politics at all, and certainly not about you trying to extol your opinions to the others at the table—it’s about using your perceptions, opinions, and passions to create a richer experience. 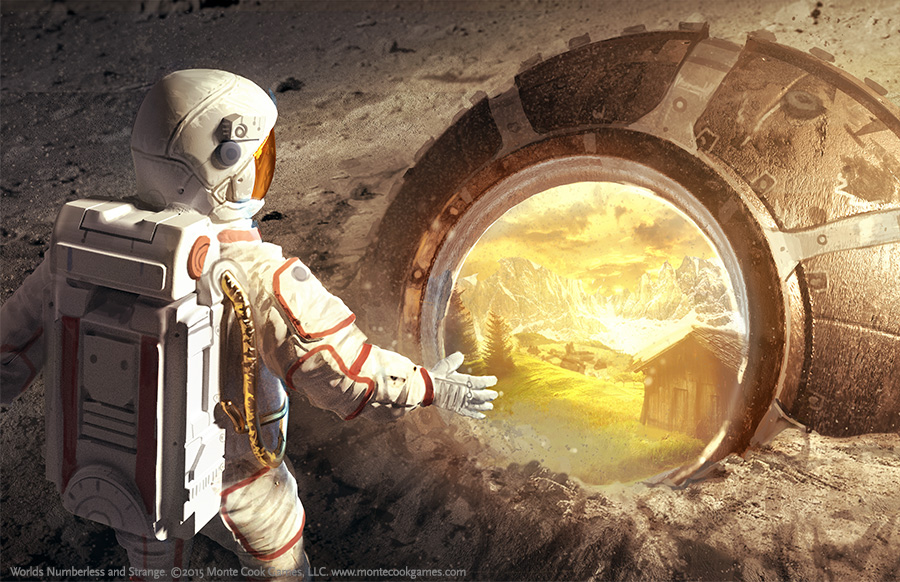 Of course, players can use this as well as GMs, applying their passions, or some version of them, to their Player Characters. Let’s look at a completely different example. Say you’re a huge fan of NASA and space exploration. You’d love to have grown up to be an astronaut (or maybe you still hope that you will be). Now, think about that yearning to go into space, and apply it to your game. Maybe that’s the core of your PC. Even in a setting without space exploration, your character might yearn to explore the unknown, or find what’s on the other side of the sea. Delve deep into your own passion for the stars and funnel it through your PC’s desire to get their own sailing ship.

The point is, if you let the things you feel strongly about help shape your roleplaying game, you’ll make deeper characters, build more realistic and compelling situations, and tell better stories.