Character Arcs—Excerpt from Your Best Game Ever

You can integrate character arcs, as seen in Invisible Sun, into any RPG you might play! Simply crack open your copy of Your Best Game Ever and it will walk you through the process.

Read the excerpt below to find out more. 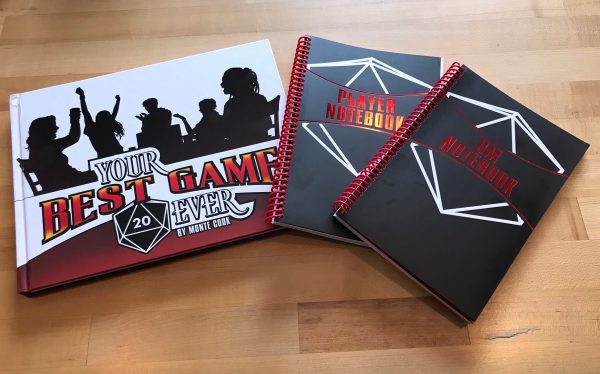 Character arcs can bring more great stories and more character depth and development to your game. They’re appropriate for campaign play, but probably not for a one-shot game.

Character arcs are like stated goals for a character, and by progressing toward that goal, a character advances.

Just like in a book or a television show, characters in a game progress through their own personal stories and change over time. Rather than following a quest given by an NPC, a PC with a character arc decides for themselves what they do and why. Character arcs are like stated goals for a character, and by progressing toward that goal, a character advances. The key word there is progressing. You don’t have to achieve the goal to earn advancement—it’s not an all-or-nothing prospect. Each arc is keyed to a single character, but just like in a book or TV show, each character can take part in the larger story arc that the whole group participates in, while also progressing in their own personal arc.

This section presents sample character arcs, but you can create your own too. These examples are intentionally broad to encompass many different characters and stories. For example, “Revenge” is a very simple and straightforward character arc. (“Hello. My name is Inigo Montoya. You killed my father. Prepare to die!”) The player who chooses this arc for their character decides who they want revenge on and why. It’s up to the players and the GM to make the details fit.

Taking a new arc has a cost in terms of this kind of advancement reward. In a session where the character adopts a new arc, simply have them forgo whatever reward they would have earned that session, if applicable.

Going forward, use the rewards that come from character arcs rather than experience points or whatever system your game normally uses. In other words, progressing through character arcs becomes the way characters advance.

This section of Your Best Game Ever goes on to detail the use of character arcs, followed by a list of example arcs that you can draw from. How will you use character arcs in your game?

Of course, you’ll find this character arc system baked right in to the Cypher System Rulebook!

This entry was posted in Articles & News,Cool Tools,Game Better,Your Best Game Ever. Bookmark the permalink.