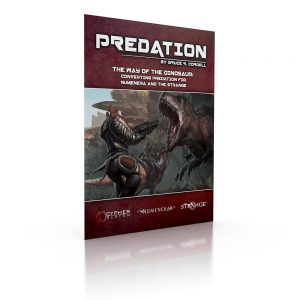 My gamemastering life got a lot easier the day I realized that I don’t have to brainstorm in a vacuum–if I borrow a little idea from a TV show, mash it together with an idea from a favorite book, and add a bit of my own flair, the players will never notice my shortcut. Plus, mash-ups are great fun! It’s always fascinating to see simple mashups grow and take on a life of their own, and to realize the unforeseen implications of the combination.

If you’ve been curious about any of the Cypher System Worlds we’ve released (such as Gods of the Fall, Predation, and Unmasked), we have glimmers to inspire you to mash up these settings with Numenera and The Strange! These short PDFs are especially great to use if you want to try out a new game or setting but your gaming group isn’t ready to leave your current Cypher System campaign. 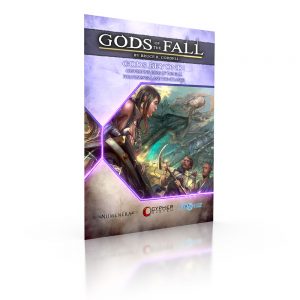 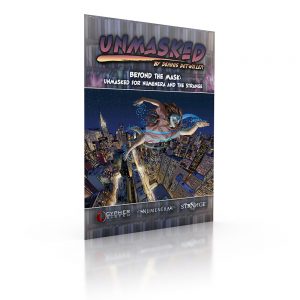 With the recent release of Unmasked, I was thumbing through the Unmasked conversion guide and was delighted by many of the story hooks and mashup options presented. With The Strange, your teens can enter recursions of the ’80s media of the era, leaning into the pop culture fun. With Numenera, I was most excited to think about the personality-laden masks lying around for aeons only to be picked up by some foolhardy Jack, who now has to contend with an entity who exists from a prior world (or heck, perhaps 1980s Earth itself!).

Our guides hope to spark ideas for how you can draw from multiple sources in your games, but they are by no means definitive. Player Jeremy Land even used a Cypher System horror game that lead into his PCs waking up inside a Hate Cyst in Satyrine as a lead-up to Invisible Sun!

If you have a fun mashup story, share it with us on social media–we’d love to hear it.