Monte is running an Into the Night themed Numenera game on our Twitch channel on January 5th! The players will be playing the pregenerated characters from the Numenera Starter Set. Here’s a quick who’s who about these novice characters!

Faroon, a Stealthy Jack who Explores Dark Places, is a sometime thief and bounty hunter and is unsure whether they’ll try to claim the bounty for returning Kalain to prison. (Player: Charles Ryan.) 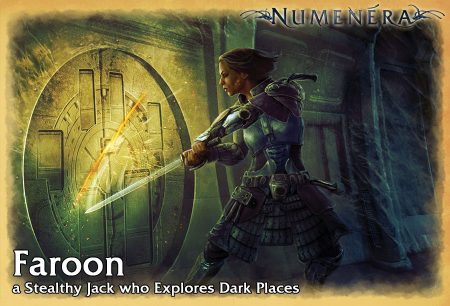 Kalain, a Strong Glaive who Wears a Sheen of Ice, spent some time on the streets and in prison. Kalain protected Tanus in prison, and out of gratitude Tanus got Kalain sprung along with him. (Player: Bruce Cordell.) 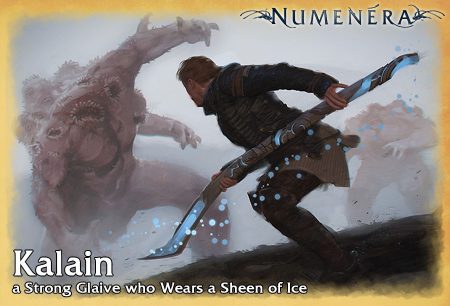 Sharad, an Intelligent Nano who Leads, had to leave town because an experiment went awry and caused some properly damage. Now they’re looking for help in exploring an old ruin. (Player: Shanna Germain.) 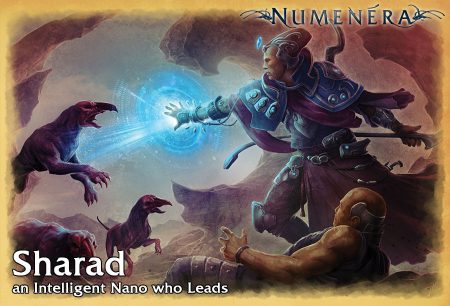 Tanus, a Strong-Willed Jack who Commands Mental Powers, is enjoying freedom after spending some time in prison for a crime he didn’t commit. Kalain protected him in prison—otherwise, he’d probably be dead. (Player: Sean Reynolds.) 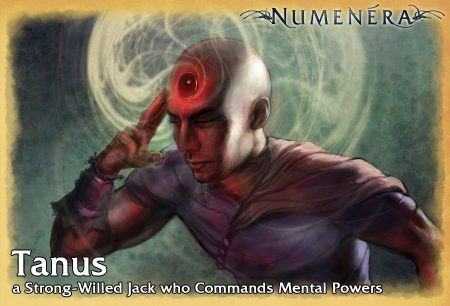 See you at noon Pacific Time, January 5th for a view behind the curtain of gaming with MCG!