As a game designer—and even more, as a GM—there’s nothing I hate more than creating game material that I know no one will ever make use of. When I sit down to figure out how good of a woodworker the gnome bartender NPC is, and the only actual time she makes an appearance is to serve a PC a beer, that’s a waste of design time. It’s a waste of paper to have written it down. If I take the time to determine if the dragon can leap 54 feet as opposed to 52 feet, but he can, you know, fly, that’s a waste of design time.

NPC (and creature) detail is one of the ways in which designers and GMs are often forced to waste a lot of time. That’s because the game has all these great rules for fleshing out PCs and making them cool and interesting. A game that explores how well a PC is at combat, at interaction, at a wide variety of skills and actions, and makes all those things equally interesting is a great game. But then, it comes time to make NPCs.

Most NPCs are only “on stage” for one encounter. You talk to the captain of the guard to get permission to explore the royal gardens looking for a thief, and then you never talk to him again. You face down an angry predator who wants to eat your brain, and you kill it. You negotiate with the arms dealer to buy a missile launcher and then she’s out of the game. 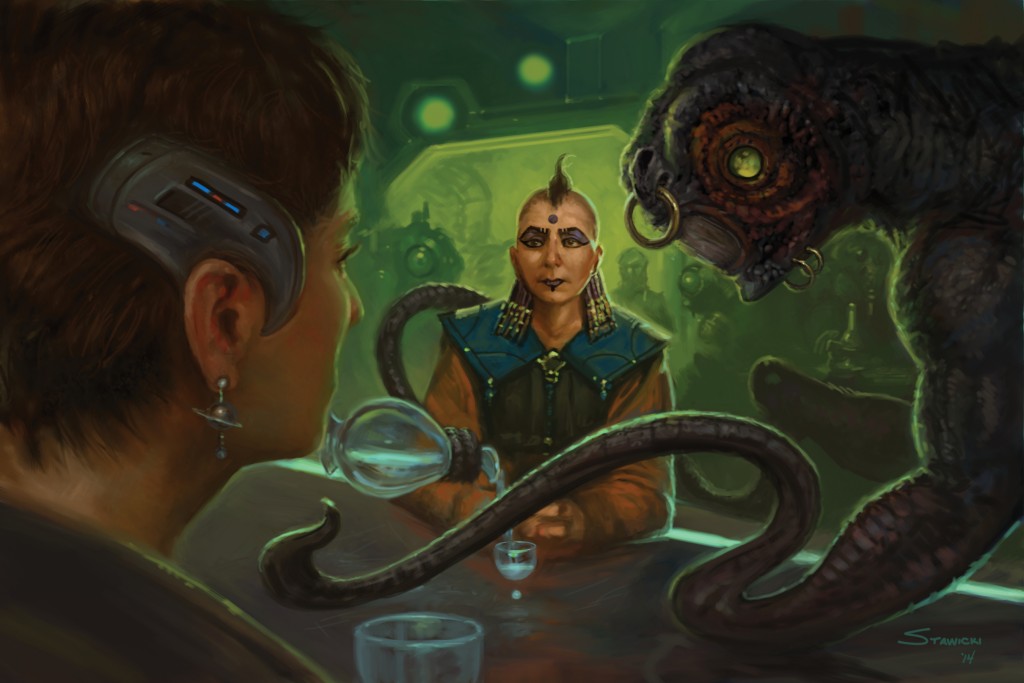 Fleshed-out NPCs—NPCs with personalities, idiosyncrasies, and interesting appearances—are great to have. But that’s different than requiring that they be as complete as PCs mechanically. There’s just a lot of detail that never gets used when you have to do that, and just as bad, there’s a lot of clutter obscuring the information you do need.

It also, potentially, subconsciously or consciously skews the GM’s perspective. Here’s what I mean by that. If I spend an hour and a half detailing a high level wizard NPC, figuring out the spells she’s got in effect, the spells she has available to cast, the creatures she can summon, her skills, her familiar, her enchanted items, and so on, and then when she shows up to attack the PCs they disintegrate her on the first round with a spell, I’m unfairly tempted to say, “uh… she makes her save.” Or, “weeeellll… she’s immune to that.” Now, if doing that is good for the game and good for the story, that’s one thing. But if it’s just because I don’t want to have wasted all that time, that’s a dumb reason to cheat the PCs out of their victory.

All of these are some of the reasons why, in the Cypher System, NPCs and PCs follow entirely different creation rules—and why NPCs are incredibly easy to create. Even on the fly. PCs, of course, have descriptors, types, and foci. They have skills, cyphers, and special abilities. But at their core, NPCs are represented by one number. Their level. Sure, if you have the time and inclination, you can make modifications to that number to show that the NPC is particularly good at negotiation, or has more health than normal, or wears armor, or has some special ability or item. But you only do that extra work if you want to, and only in the ways that need it. If you know that the PCs are never going to engage with an NPC in combat, you might not even give that aspect of the character any thought. Because why would you waste that time?

One of the goals of the Cypher System is to be a game that’s very easy on the GM. Making NPCs different from PCs is one of the major ways we accomplish that.